There are many events I attended this summer for _QSaltLake_ and QVinum. We spent a wonderful evening in Park City at the Main Street Savour the Summit festival where we enjoyed good food and very nice beer. I’m not crazy about beer but, like with unusual wines, I know when I’m tasting good ones. At the Wasatch Brew Pub, seated at a table in the middle of Main Street, Brad Di Iorio and I had a great time and I actually loved the “jalapeno” beer they were serving. The food was nicely paired with beers made here in Salt Lake City, and I also really liked a dark brown beer they paired with a molten, chocolate cake. We owe the owners of the Wasatch Brew Pub and Riester Media for inviting _QSaltLake_ to this extravaganza. I truly want to take my younger, beer-drinking friends up to that pub to repeat such a fun time!

A few weeks ago, Brad and I went to Solitude Ski Resort to another cool event called Taste of the Nation. Here, amid the tents and booths we found overflowing bowls of fresh, ripe cherries everywhere. It was a hot day and we arrived late, so I thought the food vendors would be leaving, but all the trendy restaurants were there along with most wine brokers in town — who were pouring very good sips. Next year, I want to make a huge deal about this event which reminds me of the Memorial Day Wine Fest in Jackson Hole; who says we can’t have great wine events in Utah? This one is definitely worth writing about and supporting.

And now, to the enchanted evenings I mentioned in the headline, which also, coincidentally, took place in the mountains. During the first week in July I was personally invited to dinners during the Park City Food and Wine Festival. The first was at Spruce Restaurant in the newly-named Waldorf Astoria and the second was at the River Horse on Main Street, owned by my friend and fellow wine guy, Jerry Guileman.

First, let’s talk about Spruce. Michael Atcheson is perhaps the most decorated sommelier in Utah. He’s down-to-earth and quite good-looking and he reeks of wine geekiness! His title is obscure at Spruce, but I have a feeling he is the one who really keeps all the wheels turning. It was my sister Lottie’s birthday on July 8 and Michael invited us to an extremely awesome wine-pairing dinner hosted by Fisher Wines from Napa Valley. The Fishers have a Utah connection: Mrs. Fisher was the daughter of a Dr. Lamb who practiced for many years in Salt Lake City. The Fishers were also influential in establishing the Utah Small Winery discount which allows us to get very good deals in Utah from excellent boutique wineries around the world. Our evening was hosted by Rob Fisher who is Dr. Lamb’s grandson and one of the Fisher siblings. His sister, Whitney, is the newly-hired “wine maker” for Fisher, a position not a lot of women hold.

We started out with rocket greens with watermelon cubes and local feta cheese in a very light vinaigrette. This was followed by halibut on corn fondue, then fig mole over short ribs, Lamb Porterhouse with olive sauce and New Orleans-style beignets with Crème anglaise. We tasted, in order, the new Fisher Unity Rosé, two vintages of Whitney’s Chardonnay and Cabernet, Wedding Vineyard. We were also treated to Lamb Vineyard Cabernet, 1996 and 2006 vintages.
My sister and I were honored to be present at such an evening, and we are thankful to Michael at Spruce for this opportunity. Spruce offers a monthly wine-pairing dinner like the one we attended. Its highly-trained chefs also teach classes to the public. Please check sprucepc.com for more details.

The very next evening I went to dinner with friends at the fabled River Horse on Main St. in Park City. We were all wowed by the treatment we received here. Jerry had his best waiters hover at our table, who served us a number of awe-inspiring dishes. First our tables received two appetizer towers filled with savory goodies like wontons, riblets, potstickers and smoked salmon. They also gave us house-baked bread that reminded me of something I would make. As far as I could tell, this soft-textured bread was multi-grain colored and flavored with molasses.

Many in our party chose outstanding entrees, but I wanted the red trout. This Utah critter was succulent, flaky, perfectly cooked and beautifully arranged on the plate. My hat’s off to the chef for this dish. Also, the fish was beautifully flanked with delicious Thai Forbidden Black Rice and a crisp, yet still creamy, fried gremolata cake. The dessert I had was housemade vanilla ice cream which was so sexy by itself I don’t even remember the topping. Of course, I’d had a little wine.

Again we chose Utah connection wines. Joe Padilla and Dee Erickson’s wines were very good for their new endeavor. Their first label is “Two Dog” wines, and I really like the white but was not as enthused about the red. However, I loved the new Two Dog Cab, which, at just a little over $10, was just delicious, smooth and balanced. I detected a little Petite Syrah in the blend, but I have not confirmed that. I also really liked a white blend called Padilla/Erickson Grace’s White, which is an aromatic Viognier blend priced at $18, and well worth every penny; it’s one of those summer whites you never forget. (Most of the wines mentioned above are available at the new wine store on 300 West — the older vintages excluded, unfortunately.)

If you haven’t yet been to the Wasatch Brew Pub or Spruce at the Waldorf, or if it’s been awhile since you’ve dined at the River Horse, it’s time to go! Quality and unique dishes combined with trendy flavor profiles are yours for a quick trip up the canyon. 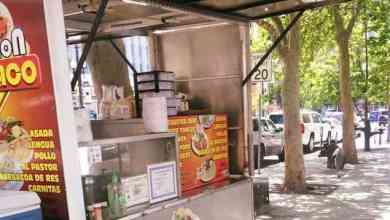