Nestled in a industrialized strip center in the Sugar House area is a tiny multidisciplinary arts organization fittingly called Sugar Space. A table, a couch, a curio cabinet and several pieces of original artwork decorate the simple lobby. Two-tiered crescent-moon rows of seats allow for patronage of up to about 80, within the black-box performance space. The organization was founded three years ago, by its current Executive Director Brittany Reese Dew, after an injury and subsequent surgery to her knees halted her dance career. “In an odd way it was a positive change, though it forced me to put all my creative energies elsewhere and that was how Sugar Space came about,” says Reese Dew.

“Sugar Space was definitely a risk,” she also admits. “I was of the mentality that if you build it they will come, which has proved to be partially true. It was a passion for me, and I have always followed my passions in life; so I knew I had to do it and would figure it out along the way.”

Reese Dew is a Utah native, but has spent most of her life outside the state, including “performing and teaching in countries like Poland, Belarus, Taiwan and Brazil. After graduating from the Los Angeles County High School for the Arts she had spent 17 years experiencing much in New York City. Then, after receiving a Bachelor of Fine Arts in dance from New York University, Reese Dew spent several years not only performing in New York venues like the Joyce Theater, The Kitchen and Dance Theater Workshop, but she also “performed on bridges, subways, parks, clubs, warehouses — you name it.”

“It was fun because you would perform with a group at BAM and then perform with them the next weekend in a West Village dance club or places like Joe’s Pub or at an art opening,” Reese Dew says. “My clearest memories are of performing in funky spaces where the audience was two feet away, and dancing in the rain in the middle of Krakow on cobblestone, and at some midnight showcase trying get my body warmed up.

Most of the companies I worked with were improvisational and collaborative, yet the directors and choreographers had a very clear vision. I had enormous input into the creative process and my employers were peers.”

Those years of improvisation and collaboration inspired what Sugar Space is today. “I have carried this idea of collaborative art-making over to Sugar Space,” states Reese Dew. “What sets Sugar Space apart is that we are trying to empower artist’s to create new work themselves and not just learn steps from someone else.”

At its core, there are four main components to Sugar Space: functioning as a presenting venue for live performance and visual artists; functioning as a training institution and community hub offering ongoing community classes and events for kids and adults; an arts organization that is a participant in community partnerships, outreach and provides logistical and financial support for artists; and provides a space available for private rentals.

Three years have passed since Sugar Space started and Reese Dew feels, though the company is tirelessly trying to achieve 501(c)(3) status, is “getting closer to my original goal.” “I have more realistic expectations and a more finely tuned vision,” she says.

“We now have an advisory board,” Reese Dew continues. “We started “for profit” and are transitioning to non-profit and just received our first grant. The problem has primarily been lack of funds to pay for administrative staff. Our goal has always been to make sure the artists we work with get paid fairly; and we have not sacrificed that even with our other hurdles.”

Over the next several months, and according to Reese Dew, within a 1- to 2-year plan for the organization, Sugar Space will be home to some exciting works, including “a series that highlights artists from the LGBT community.” Planned for next year, she encourages interested applicants and possible collaborators to contact them now.

“We are moving closer to being a full-fledged presenting venue and have a lot of exciting shows planned,” she continues. “We have some annual series that are like shells that then house different artists annually including Suite, which is a women’s choreographer series with a community outreach element, and After Dark which is a late night performance with more of a nightclub feel.”

“Our Artist in Residence program, which this year will feature Influx Dance, is based on an application process, and recipients receive 40 hours of free space, approximately $500 allotted to staff, marketing materials, etc., and artists receive a percentage of the door.”

Also, arguably our largest event of the year is The Sugar Show (formerly named Audiences Award Artists).” This year we have an 18 and under category in addition to the adult category, and SB Dance will also be a co-presenter this year. Preliminaries will be held at Sugar Space and the finals will be held at the Rose Wagner Theater. Applications are still being accepted for artist’s of any discipline of original, live performance up until September 15. Winners are selected from the audience and a panel of professional’s based on the criteria of potential, originality, execution and merit. Winner’s receive $1,000 and full production support for a future show.”

To help Sugar Space continue to grow and change, Reese Dew asks QSaltLake readers: What do you think a community arts organization could offer you?  Who would you like to see presented? What would a program look like that you would want to attend or participate in? What makes you decide to go see live performance instead of going to a movie or hanging at home? E-mail your thoughts, wishes to [email protected] 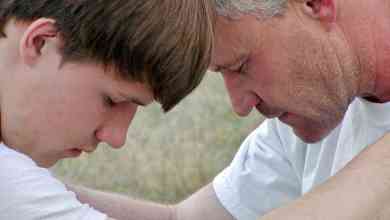