I remember when my cousin Laura’s husband was transferred to Golden, Colorado. After settling in, she emailed me their new address and gave me some details about the house: it was only a couple of years old, had been in the Parade of Homes, and was located in a great school district.

I asked her if it had any charm. That, I learned, wasn’t one of her priorities.

When Kelly and I bought our first place a couple of years later, I emailed the address to Laura and mentioned that our new place was nearly 100 years old and sat square in the middle of one of the worst school districts in Northern California, but man did it have charm!

Charm used to be a requirement for us in homes, but once we became dads, our priorities in houses evolved.

Last month, Kelly and I closed on a new house. It wasn’t a pretty experience. Our Realtor Yvonne, another one of my cousins, claimed that in her 30 years in real estate she’d never seen a couple disagree with one another so consistently. Everything he liked, I pretty much hated. And vice-versa.

When we started, I told Yvonne I had three criteria for any house: at least two bathrooms, a place for an office/spare room, and driving distance from my parents. Being a mother herself, she knew that a nice, safe neighborhood with kids in it, a decent-sized back yard and a good school district were also on the list even if we never mentioned them.

Kelly had his own criteria: a unique home that oozed charm and was close to the private school at the Greek Church the boys started this year.

That proved to be a tough order to fill.

Take, for example, the nondescript illegal garden apartment we rented when we lived in San Francisco. I hadn’t wanted to move into it, but Kelly persuaded me by promising “we can make it cute.”

Within a couple of years he had taken a dark, forgettable apartment and turned it into, well, PeeWee’s Playhouse. From the wisteria-purple and corrugated metal walls in the living room to the giant sun blazing down in the sea blue kitchen, the place was a freakin’ masterpiece!

So I know he can do it. But this time we’ve headed to the suburbs. It’s a different world out there.

Somehow I doubt our new neighbors will mirror those we’ve enjoyed during the past 16 months in the Avenues. Last week, while we were unloading the first of the seemingly never-ending boxes at the new house, one of the neighbors introduced himself. No matter how clearly we explained our relationship, he still walked away confused.

Now that I think about it, this move to the suburbs could be a chance for us to be good gay ambassadors! I’m going to bet that for more than a few of our neighbors we may be the first honest-to-goodness homos they’ve ever met live and in person.

This move is making me venture outside of my comfort zone. Once again, the boys are forcing me to head in an unpredictable direction. And I think that’s a good thing. And even though the house isn’t the perfect place for the two men in our family, it is pretty close to perfect for the two boys.

Even Kelly has to admit that to a certain degree.

There’s something to be said about a neighborhood where ducks swim in the canal and grazing horses come right up to people to bum a cube of sugar or bite of apple.

The house does have a lot to offer as well, and I like it a whole lot more than Kelly does. In fact, I was the one who said we should pull the trigger and buy it. Partly because I was sick of looking at houses. But it also met all of my criteria. (Although, apparently, my parents live close enough to drop by unexpectedly. That’s a little scary.)

As time goes by, and as we make that house work for us, as we get used to living in a suburban neighborhood and being the only gay family for miles around, I know we’ll love it. Even Kelly. Maybe even as much as the boys and I do. 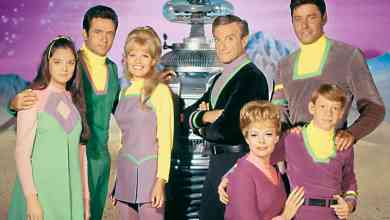