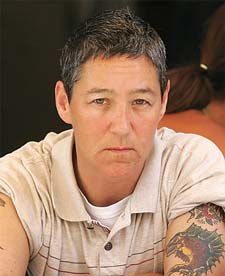 The University of Utah will celebrate its gay, lesbian, bisexual, transgender and queer students, faculty and staff, allies, and Utah’s queer community at large during its annual Pride Week, Oct. 18–22.

The theme of this year’s celebration is “Shades of Queer: Connecting Through Difference,” and the diversity among LGBT people will be reflected throughout the week’s events, said Cathy Martinez, director of the school’s LGBT Resource Center, which sponsors event.

For example, she said, the school will screen three very different films about LGBT as well as members of other minority populations. The 2008 documentary Bi the Way follows five young adults from different U.S. cities in an exploration of the country’s changing definitions of sexuality, which include the rise of bisexuality as a more commonly embraced identity among young Americans. Papers: Stories of Undocumented Youth explores the lives and hardships children without U.S. citizenship face as they come of legal age in the country where they have always lived, but in which they are illegal residents. Trinidad documents the life of Marci Bowers, a transgender gender reassignment surgeon who works in Trinidad, Colo. —  a city that has been dubbed the “sex change capital of the world.”

A number of guest speakers will also visit the school to lead workshops and address the student body and the public at large. On Oct. 21, queer theorist and author Judith Jack Halberstam will provide Pride Week’s keynote lecture. Other guests include spoken word artist Andrea Gibson and 8: The Mormon Proposition director Reed Cowan, who will speak at the week’s Gay-la dinner and host what Martinez calls an “old-fashioned assembly” for U of U students and the general public.

“We call it an old-fashioned assembly, but it’s really a presentation, question and answer period, and lecture by Reed Cowan,” she said. ‘I just took the whole concept of an assembly from junior high and high school and we called it that.”

Events just for university students include Halberstam’s lecture and a breakfast with Cowan, Halberstam and local poet Ely Shipley. Shipley will also be the featured artist for the weeks “Shades of Queer” monologue night. The evening will feature a performance by the Lambda Literary Award nominee, as well as spoken word, poetry, film and art presentations by members of the local queer community. The performances, said Martinez, will all focus on how each participant’s experience of being queer is also affected by other aspects of their life, such as their race, education level, religion and ability level. The week will also include a panel discussion on the artwork of Trevor Southey, who was featured in QSaltLake earlier this month.

As ever, U of U Pride Week will also feature the “Ask a Queer” booth, where LGBT students and community members will be on-hand to answer any questions about sexual orientation and gender identity, as well as the resource center’s Safe Zone Training, for individuals and organizations seeking to make their places of work more queer-friendly.

Finally, representatives from a number of gay and transgender-friendly organizations will gather Oct. 18 to present the panel discussion “Know Your Rights and How to Use Them” on several topics pertaining to gay and transgender rights in Utah.

Martinez said she is hopeful that the community at large will come to the campus for the week’s events.

“Pride Week at the university is about sharing the community with the entire campus as well as the community at large,” she said. “It’s our way of saying this is the richness of our community and what we’re about. We’re not just one size fits all, we come in all sorts of identities and gender and queerness. That’s the reason the committee came up with the name ‘Shades of Queer: Connecting through Difference.’ There are different shades to the community and we really come together in that  place of difference.”

Proceeds from the Gay-la dinner go back to the LGBT Resource Center to support its programming, which includes providing scholarships for LGBT students to attend conferences and training workshops. The week is sponsored by the school’s Associated Students of the University of Utah Presenter’s Office, Plan-B Theatre Company, the Utah Museum of Fine Arts, the University Guest House, University Student Affairs, University Office of Equality and Diversity, Twigs & Co., Jim Dabakis, QSaltLake and others. 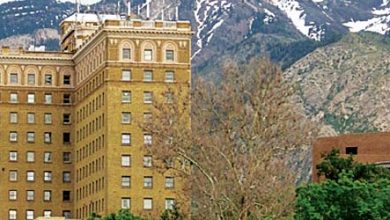