This month Evergreen International is celebrating 20 years of promoting itself as a vehicle for change for dysfunctional homosexuals. I paraphrase. Evergreen seems to be a tad bit disingenuous. It states it has no “official” affiliation with The Church of Jesus Christ of Latter-day Saints, but always has many LDS bishops and stake presidents in attendance at each year’s conference – that seems to be a tad bit disingenuous. 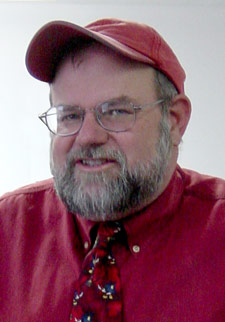 Its board of trustees includes emeritus LDS General Authorities, and at least one General Authority has spoken at the annual Evergreen conference over the past decade. These conferences are held at the Joseph Smith Memorial Building in downtown Salt Lake City—but let’s be clear, there is no “official” church affiliation, wink! wink!

OK, since my column is lumped in the commentator section I might as well admit I have an extreme bias against Evergreen. There’s my disclosure.

From what I can ascertain, Evergreen was founded as the Phoenix Foundation in 1989 by some homosexual LDS missionaries. Among the founders were Alan Seegmiller and Russell Gorringe, who both have since left Evergreen behind.  In fact, in 1996 Seegmiller came before the Utah Stonewall Center’s Board to propose running a gay man’s support group. As a USC board member, I initially objected because of his Evergreen connections, but removed my objection after hearing Seegmiller renounce reparative therapy. Gorringe has since become an active member of Reconciliation, a support group for gay LDS men, and has married his gay partner.

But in 1989, things were very different. For one thing, I was kind of a hot-headed radical faggot who didn’t suffer fools gladly.

Alan Gundry, the so-called “Mormon liaison to the gay community,” announced in 1988 the formation of an “Exodus”-like group for men who were trying to renounce their homosexuality. David Malmstrom, director of Wasatch Affirmation, and David Sharpton, an AIDS activist, felt betrayed and lied to when Gundry initially lead them to believe that he was commissioned by the Mormon Church to extend an olive branch to the gay community.

In 1990, Evergreen held its first conference at the University of Utah. I was there as an eyewitness to history and recorded my views in my journal, which are published here for the first time. Did I mention I was a hot-headed radical faggot back then?

Steve Oldroyd and Tony Feliz rode up with me to the U of U Business building for the free public lecture sponsored by the Evergreen Foundation. The vermin showed their true colors earlier today by hosting a special, by invitation only, conference for LDS bishops and stake presidents. I heard that Rocky O’Donovan was there protesting it. The Evergreen Foundation is masquerading as a pseudo-scientific organization when in fact it’s just a front for the Mormon Church’s homophobic division of quack cures.

Well anyway, at the U of U I allowed myself to be interviewed on the radio but would not go in front of the television cameras because the longer I teach the more I could be recognized by some homophobic parent of one of the children I have taught.  That would be the end of my career as a teacher.

Liz Pitts, co-president of LGSU, brought a banner stating LGSU’s opposition to Evergreen and I helped her pound the stakes and poles into the ground. Once inside the auditorium it was so fascist! I thought the brown shirts were back!  Evergreen people were hassling even Mormon-owned KSL, saying that the film crew was not allowed to film inside the conference, even though it was touted as a public meeting.  Satu Servigna, editor of the Triangle, was also told not to take pictures.  I sat next to Satu and she would sneakily take pictures of people on the stage and when she was confronted about why she was taking pictures, I spoke up cheerfully, “Because she finds you oh so cute!”

Evergreen was being so secretive. I heard this one Evergreen official say that “Evergreen was like AA” where confidentiality is honored; but then I asked him, “Are you promoting your organization as a 12-step program?”  He just scowled at me and backed away from that one.

The lecture hall was packed but I’d say 90 percent of the people there were from the gay and lesbian community. As the program began I leaned over and whispered to Satu, “Promise me that you’ll slap me if I go berserk.”  At one point Robert Austin, chair of the Gay and Lesbian Community Council of Utah, turned around and said to me “be nice,” and I replied firmly “No!”  I refuse to budge an inch against those who would do harm to the gay community.  Robert Austin hasn’t sat through years of weekly meetings of unconditional support where gay men poured out their hearts to me about how much damage had been done to them by so-called “nice people” with good intentions. I’ve picked up the broken pieces and nurtured the walking wounded who have taken a beating by buying into the garbage Evergreen is trying to sell.  It’s spiritual poison.  Let the anti-gay forces retreat, not I.

Gundry, the Uriah Heep frontman for the Mormon Church introduced Joe Dallas and Jeff Konrad, and he clearly underscored the LDS influence in this farce. Well, because of the amount of gay and lesbian activists in the audience, I really feel that we received a totally different presentation then the one that would have been presented, to the closet cases and their fearful wives, had we had not all been there. To underscore how pathetic the whole conference was, I saw a fellow in the audience who I had sex with in 1986, who was even then trying to get back into the Mormon Church. I’m sure that is his main motivation. Not to be cured of his homosexuality but to be cured of that which he feels is blocking his being fully accepted into the Mormon Church!

Joe Dallas was the first to speak and he is a Bible fundamentalist from Orange County, Calif. Talk about your basic snake oil salesman. He let everyone know right away that while he feels strongly that homosexuality is a sin and a curable mental disorder, he respects gay people!  He was also very concerned with letting the audience know how butch he was and that he was no nelly faggot.  I think that was a backhand slam to Seegmiller who was very nelly.

The main speaker was Jeff Konrad, a very handsome boy-next-door type man who came to Salt Lake to promote his book You Don’t Have to Be Gay.  You could almost see him searching out the faces of the handsome young men in the audience. He said that when he was young he was a little sissy boy who really just wanted to be manly. Like Joe Dallas I suppose! ha!

Interestingly, Konrad never could explain why he was unhappy being gay, and to me the only time he seemed truly happy during the entire presentation was when he was talking about how much he enjoyed gay love. I imagine that he was a very sexually dysfunctional person because at one point he mentioned that he found gay sex gratifying but not satisfying. Couldn’t the same be said about hetero sex by a dysfunctional heterosexual?

Finally the sponsor of the conference, Seegmiller, spoke. He was about as nelly and queenie as they come.  He wore a butterfly accessory on his belt and minced across the stage.  And he’s curing gay men?  What a joke.

Coming out a generation ago

A month of history