Allen Ginsberg’s 1956 landmark poem Howl would become an influential and controversial part of the “Beat Generation” — and years later, give James Franco yet another reason to play gay.

In the eponymous film adaptation, directing duo Rob Epstein and Jeffrey Friedman (The Celluloid Closet, Common Threads) stray from documentaries to zero in on Ginsberg’s literary manifesto, focusing on the bard’s coming-to-terms with being gay while simultaneously recreating the resulting obscenity trial protesting his polarizing poem.
The filmmakers took a few minutes to discuss Franco’s turn as the gay icon — and why he’s not too hot for the role.

Chris Azzopardi: You’ve been making films together for over 20 years. What makes this relationship work?

Rob Epstein: How does our relationship work? Because we can’t answer that question! If we did, it would all fall apart (laughs).

Jeffrey Friedman: We complement each other in a lot of ways, but I couldn’t begin to define what those are exactly. We bounce ideas off each other, and we’ve found a way of working together creatively where what we come up with together is more interesting than what either of us might come up with on our own.

CA: Why did you use Ginsberg’s Howl as the stimulus for this film?

RE: The starting part was Ginsberg, and we were interested in doing something about this particular moment in his life, which seemed to be so formative and such a golden moment.

We were creatively excited about the challenge of coming up with a concept that would feel unique and different in the way that the poem was in its time. We really set out to find a cinematic contemporary equivalent to that approach; and then thematically, the poem itself is just so rich with so many different themes and so much significant content, so just getting to the meat of the poem also excited us.

JF: I was excited about the idea of a cultural phenomenon that had actually changed the culture. Howl, in some ways, was the beginning of all of the counterculture moments that came through the next decades, and it was all fermenting in this small group of sexy, young poets in the ’50s, which is kind of a really cool notion.

CA: How did James Franco’s name come up?

RE: Gus (Van Sant) suggested James. Gus was filming Milk at the time, and he’d read the (Howl) script and liked it and agreed to executive produce. So we started talking about casting and he said, “You should talk to James; he’s really interesting.” So we did. And he was! (Laughs)

CA: James has obviously mastered the art of playing gay, so what kind of direction did you give him?

JF: We actually had a lot of time to work with him, because he came on very early — before we had financing — and he was really into the project. He was very interested in the beats — he knew the poetry and he was very committed to the role, so he came to San Francisco and worked with us, and we worked with him in New York.

RE: A lot of the work we did together before we got to the point of shooting the movie was getting at the pain behind a lot of the words that Allen was speaking. A lot of that experience wasn’t necessarily close to James’ experience, so he really had to understand what was going on with the character, who felt at that point in his life — up until he got to the point where he was liberated enough to write Howl — very isolated and very lonely; and all his experiences with love and sex were unrequited. So, in that sense, we did a lot of work with James.

CA: Some of the talk surrounding Howl is whether James Franco is too hot to play Ginsberg. Was that ever a concern?

RE: Well, we knew he could act Ginsberg — he’s such a great actor — so the physicalization was kind of the last thing we dealt with. In one of the screen tests, we put on the big Ginsberg glasses; just even doing that, he started to personify him. But so much of what he captures about the personality of Ginsberg is in his performance, and after seeing what James did with the James Dean role on television — he gave that performance so much depth — we knew he could do something similar with Ginsberg. Also, most people aren’t familiar with what Allen Ginsberg looked like at age 30, and there are similar physical characteristics, so it’s not that far off. We pushed out (Franco’s) ears a bit — that’s the only prosthetic work, and the rest is just makeup and hair dye and performance.

CA: Such a big part of the film are the visual aspects, those animated interpretations of the poem. How did you develop those?

JF: We discovered the work of Eric Drooker, who had collaborated with Ginsberg on a book of poems called Illuminated Poems, published shortly before Allen died. Eric was a younger artist and graphic novelist who lived in the neighborhood in New York where Allen lived for most of his life, so they knew each other for years. It felt like a collaboration that had already begun; we were just taking it one step further.

CA: Why was that a direction you wanted to go in?

We felt it was a way to have a modern interpretation of the poem in a kind of contemporary vernacular; but we could still have it reference the period that it’s speaking to and still also speak to the period that we’re in now; so that was our thinking. It seems to be the element of the film that has the most controversy to it. The fact that people are responding to it in different ways is good because that’s how people responded to the poem, and still do.

CA: Why do you think there’s so much controversy around the animation?

RE: People have their own visualization and their own mind’s eye, and it’s probably not unlike if one were to do a movie of a novel — that if you read a novel and you’re having your own experience of it and you see a particular interpretation of it, that may not be the interpretation you imagined.

CA: Ginsberg’s partners in the movies are interestingly disengaged; they have no speaking lines. Was that a conscious decision?
RE: You know, sometimes the decisions you make are conscious because you have to work within the means that you have, and we had 14 shooting days. There are only so many speaking parts that the budget will allow, but we also like the notion that these three men who were so important to him in his life — and are all manifested in the poem — are only expressed as physical characters in the movie. They all have a very physical connection to Allen in the movie, but it’s not spelled out in any kind of articulated dialogue.

JF: I think we thought consciously about making it feel like Allen’s memory, and using the style of films from the black-and-white period.

RE: Pull My Daisy was one, which was a beat film (from 1959) with Ginsberg that has no dialogue.

Ginsberg believed in complete confession and, as he says in the poem, in showing his “asshole to the world.” Would you agree?

CA: Care to show yours to the world, Rob?

RE: No. I’m much too shy a person. But I certainly get the point. And in the way it applies to art, it’s a good aspiration.
Howl opens Oct. 22 at Broadway Centre Cinemas, 111 E. Broadway. 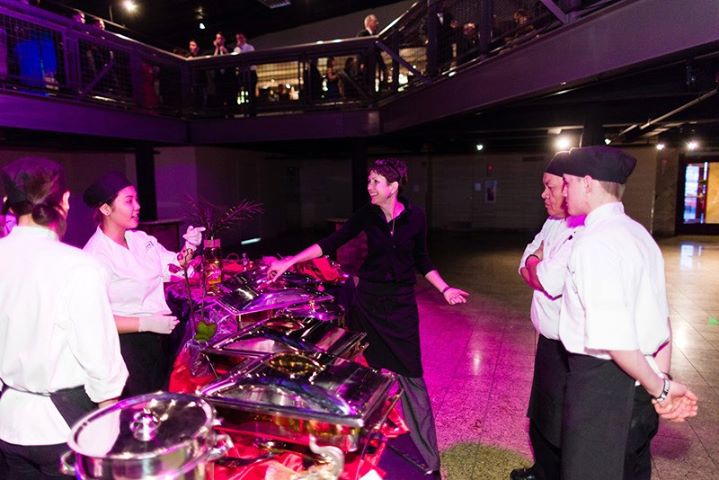 The teachings of Tori