November at the Utah Pride Center will be devoted to a segment of the queer community that often gets less attention than it needs.

The Center’s third annual celebration of Transgender Awareness Month will have more events for transgender Utahns, their partners, families and allies than it has in past years, said Rose Ellen Epstein, the Center’s Transgender Youth Program coordinator. The biggest of these is the second annual Gender Conference, to be held Nov. 13 from 9 a.m.–6 p.m. at Westminster College, 1840 S. 1300 East. 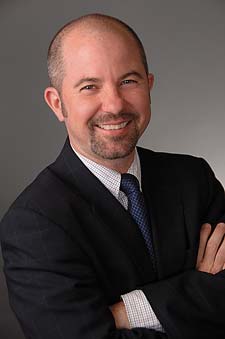 “I’m really excited for this conference because I think we’ll expand from [the conference of] last year and be bigger and better, and include a variety of workshops,” said Epstein.

The new workshops for this year’s conference, the theme of which is Engendering Community, will include panels for families with transgender children and for cisgender (non-transgender) partners of transgender people. Epstein noted that the conference would also feature a possible first in Utah: a panel of medical providers who will answer transgender attendees’ health questions, both general and specific to transitioning.

“It’ll be an opportunity for people to ask questions about general health concerns,” she said. “There’s a lot of misinformation and speculation about health care for transgender people.”

Epstein also noted that the medical panel will include a therapist and a specialist in surgeries that “are usually considered cosmetic but actually are really important for transgender people who are transitioning.”

The conference’s keynote speaker will be Elisha Lim, comedian, artist, activist and the creator of the 100 Butches comic series, which features portraits (both in text and art) of butches from around the world. Lim will also perform after the conference.

As in past years, the month will also include several events sponsored by TransAction, the Utah Pride Center’s youth-lead transgender activist group. On these “Trans Tuesdays,” attendees can participate in a chili cook-off at the Center that will double as a canned food drive for the Utah Food Bank (Nov. 2); an open mic night at Sugar House Coffee (Nov. 16); and a screening of the film Two Spirits, about the life and death of teenager Fred Martinez, a Navajo nádleehí, or a person considered to be both masculine and feminine, who was murdered in Cortez, Colo. in 2001 (Nov. 23). A panel discussion will follow. The screening is sponsored by the Utah Pride Center program Spectrum: A Forum for Queer People of Color and the Salt Lake Film Center.

“Hopefully these different things will appeal to different people in the community,” she said.

Additionally, the Center will also host a social for transgender parents day on Nov. 2 in honor of National Transgender Parents Day. The time for this event is still being determined.

Of course, Transgender Awareness Month will also include the observation of Transgender Day of Rememberance, which commemorates people across the world who were murdered in the last year in acts of anti-transgender violence. The Transgender Education Network will hold a vigil to commemorate 2010’s names, after which will follow enTRANSed: A Celebration of Life. Co-sponsored by lesbian social and civic group sWerve, this is a party, said Epstein, that will “be a chance for people to celebrate who they are” and to honor transgender people “who are alive, well, succeeding and happy.”

TEA is one of the several organizations across the state that will be joining the Utah Pride Center in observing Transgender Awareness Month. On Nov. 13 TEA will honor Shannon Minter, legal director of the National Center for Lesbian Rights. Minter will speak about legal issues facing transgender people from 1–2 p.m. in room 315 of the City and County Building, 400 S. 200 East. A house party with Minter will follow that night at 7 p.m., with a location to be announced later.

The University of Utah’s LGBT Resource Center will also offer several events throughout the month, including a dialogue with transgender community leaders and their allies on Nov. 15 from 6–8 p.m. On Nov. 18 the resource center will hold Transgender Monologues and Dinner, an evening of poetry and art centering on transgender identity and gender expression. The event will be held at the University of Utah’s Crimson View, and proceeds will benefit TEA.

“Last year I was thrilled by all the events TransAction and other groups and organizations did, and this year I think there’s even more participation from community organizations to make Transgender Awareness Month really busy,” said Epstein. “People are going to have to make hard choices on the events they want to attend. It’s nice for the transgender community to have that.” 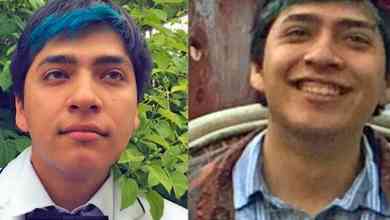 Domestic violence among gay men on the rise