I went camping last weekend in celebration of my friend Steve’s 50th birthday. It wasn’t a huge bash, but there was definitely a colorful rainbow of personalities, and have you ever noticed how raw people get when they’re out in the elements? Manners just fly out the window — it’s kind of gross. Anyhoo, Joe, aka Jowanda, was our “Firestarter,” and let me just say he really knows his wood. However, he did melt his $25 shoes. Also, the weekend was the first time I’d ever been camping with Michael … and it was the last. Teeheehe!

28thursday — The Slippery Kittens, a sassy and saucy burlesque troupe, presents Halloween Peep Show Creep Show. These busty and beautiful ladies will showcase the fascinating, bawdy, and classy art of burlesque and variety performance, spanning a continuum of forms and musical genres, from time-honored sexy staples to amazing avant-garde innovations, all the while in creepy, sexy, bloody costumes … that’s hot!
11pm, Studio 27, 615 W. 100 South. Tickets $10 at the door, slipperykittens.com.

29friday — Gee willikers Jim Smith is turning 27 years old — he’s definitely not a pup anymore! Anyhoo, if you love Jimmy as much as I do, celebrate with him tonight at Jim’s Birthday Bash. If you don’t know Jimmy, at least biblically, you can check him out on manhunt.com, boysfirsttime.com and dudetube.com … JK, happy birthday Jimmy, mwah!!
The earlier the better, he gets snockered pretty easily, Club Try-Angles, 251 W. 900 South. Free, 801-364-3203 or clubtry-angles.com.

Based on a manuscript of over 200 Latin poems written in the 12th and 13th centuries, Ballet West’s Carmina Burana is a scenic cantata and a thrilling collaboration between dancers, singers and orchestra. The performance is paired with George Balanchine’s complex and inventive The Four Temperaments, a ballet influenced by a theory of psychology that stems from the ancient medical concept of humorism.
7:30pm, through Nov. 6, Capitol Theatre, 50 W. 200 South. Tickets $18–74, 801-355-ARTS or arttix.org.

31sunday — If you’re planning to be a home body this Halloween, eating tons of candy and drinking copious amounts of wine in nothing but your skivvies than check out the last five seasons of Plan-B Theatre Company’s Radio Hour. In this 4-hour Radio: Marathon, they will revisit Radio: Poe (based on the author’s horror classic The Premature Burial), Radio: The Hitchiker and Zero Hour (based on the best radio script ever written and child’s play), Radio: Lavender and Exile (based on Utah ghost stories), Radio: Frankenstein (based on the monster) and Radio: Alice (based on Alice in Wonderland).
8pm–Midnight, KUER-FM 90.1. For more info visit kuer.org.

1monday — Thirty-five-year-old musician Sufjan Stevens mixes autobiography, religious fantasy, and regional history to create folk songs of grand proportions. He has released albums of varying styles, from electronica and lo-fi folk to symphonic instrumentation and Baroque pop. Many of his songs have spiritual allusions, but he says he does not try to make music for the sake of preaching. He’s so damn yummy, I’d let him preach to me … well, as long as it was while we are in bed together, tehehe!
8pm, Kingsbury Hall, 1395 Presidents Cir., UofU. Tickets $31–34, 801-581-7100 or kingtix.com.

2tuesday — The Grammy-winning trio Lady Antebellum hits the Utah stage tonight. The country pop band has been stealing the hearts of many since their smash hit “I Need You Now.” Other recent hits include “I Run To You” and “American Honey.” This concert ought to be a hoot and a holler, don’t miss it! David Nail opens.
7:30pm, Rail Event Center, 235 N. 500 West. Tickets $36/adv–41/day of show, 801-467-8499 or smithstix.com.

4thursday — I don’t like reality shows; they’re annoying! Well, except for Jersey Shore and The Real Housewives of Who Gives a Flying Fuck; they’re like documentaries. Anyhoo, the reality dance competition returns to Utah with new faces and sexy legs … and butts … and tummies. The So You Think You Can Dance 2010 Tour includes Adéchiké, Ashley, Billy, Jose, Kent, Lauren and Robert; as well as “All Stars” Ade, Allison, Courtney, Dominic and Kathryn.
7:30pm, Maverick Center, 3200 S. Decker Lake Dr. Tickets $37.50–55, 800-745-3000 or ticketmaster.com.

5friday — Set in the heart of Southeastern Utah, to the backdrop of stunning red rock landscape and an endless, majestic sky is the incomparable event with “a community-minded spirit” known as the Moab Folk Festival. Artists include Loudon Wainwright III, Po’ Girl, Peter Mulvey, Caroline Herring, Elephant Revival and more.
Hours and venues vary, through Sunday, Moab, Utah. Tickets $30–115, 435-259-3198 or moabfolkfestival.com.

Described as a cross between high farce and a comedy of manners, Hay Fever, by gay playwright Nöel Coward, is set in an English country house in the 1920s, and deals with the four eccentric members of the Bliss family and their outlandish behavior when they each invite a guest to spend the weekend. I have a feeling there’s a lot of horse-play in this bugger!
7:30pm, through Nov. 14, Babcock Theatre, lower level of Pioneer Theatre, 300 S. 1400 East, UofU. Tickets $7–10, 801-581-7100 or kingtix.com.

Do you want a unique dinner theater experience? Come try my cooking while I prepare it in the nude and talk like Julia Child … fabulous! Seriously, experience An Evening in Canterbury, a celebration of Chaucer’s definitive masterpiece, The Canterbury Tales as you’ve never seen it before and delight in an authentic seven-course gourmet meal created by a chef specializing in Chaucer’s time period. Interact with the characters at your table, then sit back and enjoy the show as they narrate the tales from the audience while it plays out on stage.
7pm, through Sunday, Murray Theater, 4961 S, State St. Tickets $60, 801-560-0477 or utahdinnershow.com. 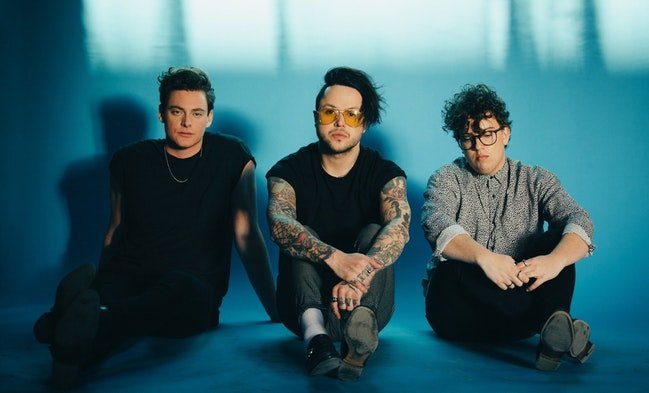