Since 1985, the U.S. federal government has prohibited men who have sex with men from donating blood, organs and tissues if they have had sex with another man after 1977. And while the American Red Cross and the American Association of Blood Banks want to see the controversial policy ended, the Health and Human Services’ Advisory Committee on Blood Safety and Availability voted, this summer, to keep the policy in place.

Bennett, an assistant professor of Communication Studies at the University of Iowa, will speak about the ban at Westminster College on Nov. 4. In his lecture, “Resisting the Ban on Queer Blood: Revisiting the Rhetoric of Scientific Deliberation,” he will look at and address arguments made during this summer’s HHS meeting, in which panel members voted 9-6 to keep the prohibition in place.

“It’s not as though scientists are unanimous on this,” said Bennett, noting the margin of the panel’s vote. “People thought the ban now goes too far. They worry they’re sending the wrong message about only gay men being at high risk for AIDS, which we know is not the case” now that heterosexual women are a group among which HIV is rapidly spreading in the United States.

“[The ban] sends the wrong message about who’s safe and who’s not,” he said.

One of the reasons the HHS put the ban in place 25 years ago was to prevent people from getting HIV through blood transfusions. For example, this was the way in which Ryan White, for whom the federal HIV/AIDS grant received its name, contracted the disease in 1984. But testing measures have improved drastically since White’s time, said Bennett.

“It’s really really rare that HIV-positive blood or blood that tests positive for hepatitis B gets through,” he said.

To prepare for his lecture, Bennett said that he studied the transcript from the HHS’ Advisory Committee on Blood Safety and Availability June meeting. As he read it, he said, he was shocked to see that the committee was using outdated information.

“Some of the evidence they used this summer [about men who have sex with men and the blood supply] was 19 years old,” he said. “It’s scary to use evidence from 1991 to talk about [blood] donors.”

He was also shocked by some of the comments the scientists made about MSM.

“You always start with the premise that gay men are diseased and then you go to blood donation,” he said, noting that blood donors are typically low risk takers and that “there’s no reason to think that gay people wouldn’t be.”
“Some of the most egregious things I found was they were making judgments about gay people based on data they collected at an STD clinic,” Bennett continued. “Of course you have higher risks of STDs there.”

Another problem with the policy, Bennett said, is that it is closing down blood drives on college campuses and driving young heterosexual people who support gay rights away from blood vans. In May of this year, for example, San Jose University upheld its prohibition of blood drives on campus because the federal ban on gay and bisexual men violated its nondiscrimination policy.

“The Red Cross is really dependent upon reaching donors, and if younger people are associating blood donation with discrimination, they don’t want to give blood,” said Bennett. “It’s not having a huge effect right now, but they’re afraid it will in the near future.” He added that the impact of banning gay and bisexual men from contributing to the U.S. blood supply was “pretty astronomical, considering they overestimated the number of blood donors by about one million.”

“I’m not saying people should bury their heads in the sand about HIV/AIDS, but at the same time we also know that vast majority of gay and bi men are not HIV positive and don’t have hepatitis, and I think they’re losing thousands of donors,” he said.

Although the committee kept the ban, Bennett said he was heartened to note that the committee also voted unanimously that it was “a suboptimal policy.”

“They’re not happy with it,” he said.

At the same time, however, the committee did not create a time line in which to change the policy.

“So again we’re at this weird point. It reminds me so much of [the U.S. military ban on openly gay servicemembers] Don’t Ask, Don’t Tell sometimes because we say we’re almost there and then nothing happens,” he said.

Jeff Bennett will lecture on gay and bisexual men and blood donation on Nov. 4 at Westminster College’s Vieve Gore Concert Hall, in the Emma Eccles Jones Conservatory. The lecture, which begins at 7:30 p.m., is free and open to the public, and will be followed by a question and answer period. For more information call 801-832-2822 or visit westminstercollege.edu/culturalevents. Disability accommodations can be made by calling at least five days in advance. 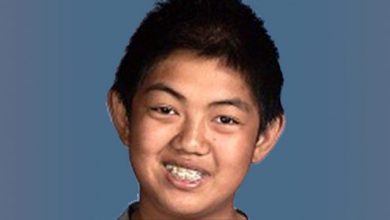