In July, Utah’s lesbian, gay, bisexual and transgender community was rocked by the reported suicides of three young gay men. Two months later, at least nine teenagers from a number of states committed suicide after facing anti-gay bullying. These deaths made national headlines and thrust the issue of anti-gay and anti-transgender bullying into the spotlight. The issue received even more attention in October, after LDS Church apostle Boyd K. Packer made anti-gay remarks during the church’s semi-annual General Conference. 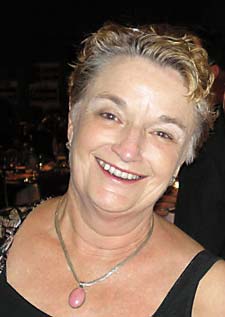 Since that time, a number of Utah lesbian, gay, bisexual and transgender groups have taken steps to raise awareness of and to help children and teens who are facing anti-gay bullying. And so have several individuals.

In October, several Utah artists lead by Kirt Bateman and Paul Kiernan held a conversation over social networking website Facebook on how the state’s arts community could respond to bullying. The result is Different = Amazing, a night of theatre, song and dance centered around celebrating difference and diversity. This event will be held Nov. 14, to benefit the Human Rights Education Center of Utah.

According to its website, HREC “provides anti-bias, anti-bullying and diversity education for people of all ages and backgrounds,” will host Different = Amazing, a night of theatre, song and dance centered around celebrating difference and diversity.

“While I welcome the long awaited attention on the deadly consequences of bullying behaviors, I am mad as hell that we have to wait until a rash of young people kill themselves before a public outcry ensues,” said Carla Kelley, executive director of the Human Rights Education Center of Utah, in a letter posted to the site on Oct. 15. “Bullying has long been largely ignored, and accepted as normative behavior. Perhaps now we will begin to address bullying as the prolific epidemic that it is.”

“As an adult, a parent and grandparent I am ashamed that nothing was done to help those sweet lives now gone,” she continued. “To their memory I make the commitment that HREC will keep working to educate youth and their leaders of the importance of bullying prevention education. As a nonprofit community organization we will continue to demand that every child be kept safe from bullies, or from becoming a bully. Bullying is a complex societal problem, but teaching and practicing the golden rule are not. We just have to make it a priority.”

To help make and keep anti-bullying as a priority in the Utah community at large, local artists lead by Bateman and Kiernan will perform pieces centered around difference and anti-oppression during the two-hour event. These include readings from Shakespeare and the Dr. Seuss classic The Sneetches and Other Stories, songs from musicals Hair and  Into the Woods and a reading from the diary of teenage Holocaust victim Anne Frank. Local dance companies Ririe-Woodbury and Repertory Dance Theatre will also perform throughout the evening, as will a number of local musicians and monologists reading from their own work. Performers will include John Graham, Melissa Singleton, Laura Noll, Luke Monday, Paul Kiernan, Zoe Fossen, DeeDee Darby-Duffin and the University of Utah’s Youth Theatre. Carol Lynn Pearson, a straight LDS author who writes and speaks about anti-gay discrimination frequently, will provide closing remarks.

All proceeds for the evening — $5,000 in ticket sales — will go to HREC, and the organization hopes to match that donation at the event through a silent auction, which will include a special prize: the opportunity to have Doug Fabrizio of KUER or Kerry, Bill and Gena of X96’s Radio From Hell record a message for the winner’s answering machine.

Overall, Kelley said that she hopes that programs such as Different = Amazing and others offered by HREC can help teach students, as well as adults, that they have the power to help end bullying by ending the sense of apathy that surrounds the subject of bullying in schools.

“I am reminded of the insidiousness of apathy, the danger in believing there is nothing one person can do, or the just plain selfishness of anyone who proclaims that bullying is not their problem,” she said. “How can allowing young people to be unkind, if not blatantly vicious, not be the problem of all adults in a civil society? Is it not our responsibility to educate, model and insist on moral and ethical behavior from our youth?”

Different = Amazing will be held Nov. 14 from 5–7 p.m. at the Rose Wagner Performing Arts Center, 138 West Broadway. Tickets are $10 and are available through Art Tix (arttix.org, performance number 5842) or by calling 801-355-ARTS.  More information is available at differentisamazing.com and on Facebook (search for Different is Amazing), or by contacting Carla Kelley at 801-521-4283 or [email protected]

Gastronomy to Hold ?Pride in Pink?