Months before Nov. 2, pundits and politicians predicted that this year’s midterm election would be an upheaval, resulting in a nationwide flip from 2008’s blue back to red as the recession sputters on and the Tea Party movement’s influence continues to grow. Although the change was not as drastic as some predictions maintained, its impact was felt across the nation, and even in Utah, the most Republican of all states. While Democrats maintain their control of the U.S. Senate, Republicans gained control of the House, with 239 seats to Democrats’ 188. As part of the shake up, Utah Senator Jason Chaffetz may become chairperson of the Federal Workforce, Postal Service, and the District of Columbia Subcommittee of the House Oversight and Government Reform Committee, on which he now serves. This subcommittee handles matters pertaining to the U.S. postal service, government employees and Washington, D.C. While Chaffetz’s committee appointments had not been finalized by press time, D.C. supporters of same-sex marriage have voiced concerns that a committee run by Chaffetz may spell trouble for same-sex marriages in the district, as well as its bid for autonomy. In January, Chaffetz introduced an unsuccessful bill that sought to overturn the city’s law allowing same-sex marriages. He has also called a bill seeking to grant D.C. voters the right to determine who sits on its city council “unconstitutional.”

“Chaffetz’s elevation would represent quite a change,” wrote Michael Schaffer in Washington City Paper, an alternative weekly news source. “In just under two years here, Chaffetz has opposed [D.C. Democrat Rep. Eleanor Holmes] Norton’s bill to give D.C. a congressional vote, opposed her bill to give D.C. more autonomy, and filed a bill to force a gay marriage referendum on D.C. And in a Republican House, Chaffetz would have reinforcements, ideological allies who wave the U.S. Constitution like members of the Red Guard used to wave quotations from Chairman Mao.”

“One reason is that Chaffetz is seen by many Republicans, including Reform and Oversight chairman Darrell Issa, as a rising star, and they might want a higher-profile job for him. Chaffetz’s office confirms that a re-shuffle might give him a new assignment,” he wrote.

Chaffetz’s spokesperson Alisia Essig told the paper that the Representative’s office would not know his committee assignments “for at least a couple of weeks.”

Lee did not respond to questions submitted by QSaltLake asking for comment on a number of his campaign platforms, including his stance on such things as employment nondiscrimination for gay and transgender Americans. However, Lee has been largely silent on the subject of gay and transgender rights, saying only that he does not support same-sex marriage and supports leaving the U.S. military’s ban on openly gay servicemembers in place.

This midterm election was a good one for Arlyn Bradshaw, who was one of three openly gay candidates bidding for Salt Lake County’s coveted District 1 seat earlier this year. Bradshaw won the spot in the Democrat-dominated district, trouncing opponent Steve Harmsen. In January, he will enter a council that once again has a Republican majority, after Richard Snelgrove beat out former newspaper editor Holly Mullen for the seat belonging to Jenny Wilson. Wilson was largely responsible for the county’s adoption of both insurance benefits for its employees’ unmarried partners, as well as ordinances forbidding employment and housing discrimination against gay and transgender residents.

However, those worried about a Republican majority doing away with either policy can rest easy. In an e-mail obtained by QSaltLake and from  Snelgrove to activist David Nelson this July, Snelgrove said he has no plans to go after the ordinances.

“If I had been on the Council, I would have voted for the ordinances that passed. If elected, I will oppose any repeal or change of the same,” he wrote.

Other openly gay candidates, however, were not as fortunate as Bradshaw. Former Equality Utah employee Will Carlson narrowly lost his bid for Douglas Nelson’s Salt Lake City School Board spot by 500 votes. Mel Nimer, on the other hand, lost his bid for Senate District 2’s seat by 8,000 votes.

Nimer, President of the gay-friendly GOP caucus Log Cabin Republicans, was asked by the members of the state and Salt Lake County party offices to run against incumbent Sen. Ben McAdams (D-Salt Lake City) when McAdams’ initial opponent missed the deadline to file for candidacy. Thus, Nimer stepped in with only two months to build and run a campaign in the heavily Democratic Senate District once presided over by openly gay Democrat Scott McCoy.

While Nimer said he knew that he did not have a big chance of winning, he said that he was satisfied with his campaign.

“The only disadvantage I had was coming in so late with no money and trying to raise money in such a short time,” he said, noting that his campaign pulled together just $6,000 to McAdams’ $47,000.

“We put on a real campaign and everyone had a real choice,” he continued, noting that McAdams would have won by default if he had not run against him.

Nimer’s campaign also contained one of a few quirks that defined Utah politics this year. Unlike most candidates, Nimer distributed two fliers in his district. Registered Democrats received a flier with a picture of Nimer and his partner that discussed his participation in the Utah Pride Center and the Salt Lake Men’s Choir, and which listed human rights as one of his top priorities. Republican voters, however, received a mailer featuring a picture of Nimer with his grandchildren, and which did not mention any gay-affiliated organizations; this flier also listed lower taxes instead of human rights.

Nimer said that the different fliers were his campaign manager’s idea, and that they also wanted to send a third flier to unaffiliated voters, who now make up the largest percentage of voters across the nation. The point, he said, was to let voters of differing politics know where he stood on issues that were most likely important to them.

“It’s hard to put in one flier everything you’re thinking about,” he said, adding that he did not think the variant mailers helped or hurt his campaign.

“It was too late in the campaign [when we sent them out] to have an effect one way or another,” he said.

“Being gay didn’t deter Republicans from voting for me. I think that’s pretty significant,” he said. And while Nimer said that he would have to see how the Legislature would redistrict the state to know if a future run would be possible, he said that if he does so again “we’ll have much more time to raise money and more of a chance to make that connection with people.”

The midterm election also took a toll on several allies of gay, lesbian, bisexual and transgender Utahns. Rep. Neil Hansen (D-Ogden), who lost his seat to Republican challenger Jeremy Peterson, and Grand County Councilman Bob Greenberg, who lost to Gene L. Ciarus were endorsed by Equality Utah and is one ally that the statewide gay and transgender rights group will lose in 2011. However, several allies kept their seats in the House and Senate, including Salt Lake Democrats Rep. Rebecca Chavez-Houck Rep. Jen Seelig and David Litvak. Additionally, House District 25, once presided over by openly lesbian Rep. Christine Johnson will now be captained by Democrat Joel Briscoe. Rep. Jackie Biskupski, now the Legislature’s only openly gay member, also retained her seat, which she has held since 1999.

Other challengers who also won office include Sim Gill, who will succeed Lohra Miller as Salt Lake County Attorney General. During his campaign, he sharply criticized Miller on several of her decisions, including her handling of the D.J. Bell case, in which her office did not charge several individuals who allegedly beat a gay man after accusing him of abducting their children (Bell was found not guilty in 2009).

Although Equality Utah faced some losses in this election, Executive Director Brandie Balken said she did not think these losses would heavily impact her organization’s work.

“Equality Utah has been focused on our municipal strategy [to get city and county governments to adopt anti-discrimination ordinances protecting gay and transgender people] and we don’t have any plans to sway ourselves from that focus,” she said. “We understand that municipal strategy is most effective for the work we’re doing in state of Utah.”

She added that Equality Utah’s work to “build relationships with all Legislators regardless of the party” would continue. 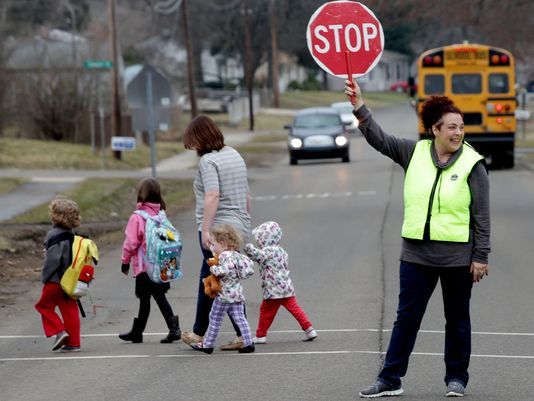