The singer looks back at her decade-long career, when the gays fell for her and the stories behind her biggest hits.

Like a bird is exactly how Nelly Furtado’s career has unfurled in the 10 years since she dropped her debut, Whoa, Nelly! The Canadian chanteuse was on top of the world, scoring a Grammy for the album’s breakthrough single, “I’m Like a Bird,” before her follow-up, Folklore, went, well, south.

But then she switched directions, tapping into Timbaland’s boom-boom beats for 2006’s “punk-hop” Loose. Singles like “Promiscuous” and “Maneater” ate up the charts, and there she went — flying again. Her hits collection, The Best of Nelly Furtado, archives her decade-long run and includes three unreleased cuts, leading off with club single “Night is Young.”

Furtado, 31, took us back, recalling the song she wrote on hotel paper as a chambermaid and how “Maneater” started a fire. But the singer, who was catching a break from recording to chat with us, also looked ahead to next year’s upcoming studio album, Lifestyle, a return to her Whoa, Nelly! roots.

Did you ever think you’d have a greatest hits album? Actually, no, I didn’t. In the beginning I didn’t really know I’d still be making records 10 years later; I was kind of just trying it out. It was my hobby for a long time, and I made my hobby my job. I had planned to go back to university after Whoa, Nelly! — and then I never made it back! (Laughs)

But yeah, I’m surprised that 10 years have passed; it gives you a chance to reflect. I was inducted into Canada’s Walk of Fame recently, so it was all around the 10-year anniversary of the album coming out. It was all very timely and kind of cool. Really cool!

Congratulations! Oh, thanks! For the first album or two I was wondering: Is this really my career? Am I good at this? Is this going to stick around? After doing it for 10 years, it finally feels like this is definitely a career.

So you’re not going back to university? It doesn’t mean I won’t. I still have all kinds of dreams. I’m definitely happy making music at the moment.

Which song from the greatest hits album has the best story behind it? Perhaps one you wrote on hotel paper while you were a maid? I have a song on Whoa, Nelly! that was written on hotel chambermaid report paper and that song is “Party,” but it’s not on the greatest hits. On the greatest hits, “Say It Right” is cool because it was really late at night that we wrote that song, like 4 in the morning, and we had just finished watching Pink Floyd The Wall, and (we) were very tired but also inspired, and the song just kind of came. It was a magical moment.

“Maneater” was the same. When we first wrote that song the speaker caught fire because the beat was so loud and ambitious, and the energy was so intense. And we actually put the song away for a few weeks. We were scared of the song! It had some dark energy in it (laughs).

What do you think now when you hear “I’m Like a Bird”? I never get sick of singing it, and I’m just happy that people played it on the radio. I’m proud of that song because it had a more sort of funky hip-hop-influenced verse and then a very pop-rock chorus. I’m glad it connected with people.

So many celebrities are making videos as part of the “It Gets Better” campaign, to help prevent youth suicides … Oh, I haven’t seen them. I did perform at the PFLAG event in L.A. I performed “Night is Young” acoustic and I did … I don’t even remember right now! But it was a very positive night and a lot of people were speaking about (gay youth). I was proud to be part of that.

If you could dedicate one of your songs to gay youth, which would you choose? Something from the beginning of my career, like the first CD — that’s when I first noticed I had a strong gay following, when I used to play “Shit on the Radio” on my first club tour. I’d always see gay youth in the front row, embracing each other and getting emotional and crying when I would sing the song because it’s a song about individuality and expressing yourself and kind of breaking free from the pack and doing your own thing. It’s about being true to yourself no matter what.

That song was your response to people who were pissed at you for going mainstream. Yeah, it’s hard. It’s weird merging art and business; there are always fallouts.
Then you made a bigger leap into hip-hop with “Promiscuous.” Did you catch more flack? No, because hip-hop was always something that I was inspired by. It was like a weapon I had in my back pocket that I hadn’t whipped out yet. My first influences as a teenager were hip-hop and R&B, and I used to rap! (Laughs)

On a mainstream level, yeah, my image was definitely drastically different and I see that now. At the time I didn’t see, but now I look back and go, “Wow, no wonder people were so shocked!”

I did change a lot. I mean, I grew into a woman; I wrote some songs on Whoa, Nelly! when I was 17. You change a lot from that age to, like, 25. It’s a nice synchronicity when you can go through such a personally meaningful transformation and actually capture it on record, and then have other people connect to it.

Where do you plan on taking your next studio album, Lifestyle? I’m going back to the eclectic feel of Whoa, Nelly!. So far tracks I’ve recorded encompass pop, hip-hop, dance, reggae and alternative-pop.

That’s who I am and that’s how I live my life, and that’s sort of been the way I culturally live my life in terms of what I surround myself with — music or art or even people — so I think that’s why I’m calling it Lifestyle. I just want a collection of songs that people can connect with, like always, but at the same time I think image-wise I’m going to be different again (laughs). If anything, it’ll be a throwback to who I was when I first came out.

Tell me about working with Elton John on a new version of “Crocodile Rock.” Yeah, he has a new production coming out — it’s an animated movie called Gnomeo and Juliet, and it’s a cartoon for kids that comes out on Valentine’s Day. So yeah, they approached me to do the closing song and it’s “Crocodile Rock.” And he’s on it … like him and I are on the track together! It’s so exciting.

So you didn’t actually do studio time together? No, we missed each other by, like, a day. But we have sung together before. Hey, here’s a perfect example: Ten years ago, Elton and I sang “Legend” together.

The people you work with are all over the map: Timbaland, Josh Groban and James Morrison, for instance. And then Keith Urban shows up on the deluxe edition of The Best of Nelly Furtado for “In God’s Hands.” I have many fantasies of who I want to be as a singer, so I was having a country fantasy with that song, and “In God’s Hands” always felt like a country record to me.

The reason why I do so many darn duets is because I’ve always wanted to be in a band. I mean, I’m a solo artist, but I’ve always been jealous of people in bands because I think, “How fun would that be?”

How did you get the nickname Nelstar? Nelstar was the first band I had. It was a trip-hop group — when I first moved to Toronto when I was 17, this producer and me had this trip-hop duo and we did moody urban trip-hop songs and I performed them around town. It’s a name that’s kind of stuck with me, so I decided to name my label Nelstar.

We have an artist right now named Dylan Murray — he’s excellent, he’s Canadian. Actually, he performed with me at the PFLAG event … oh, I know what we performed! A song from Lifestyle: a duet called “Be Okay.” It’s a really, really pretty song. Another duet!

You’ll have to release a duets album. We tried to put a few of these duets on this greatest hits. I don’t think we got Michael Bublé on there, though; I have a really cool duet with Michael Bublé: “Quando, Quando, Quando.” Now that I say it out loud, I do have a lot of duets with guys! I have hardly any with women. Who knows, maybe I’ll have a female feature on my next album. I’m due!

You made a remark to Genre magazine in 2005 that everyone is a little gay — remember that? (Laughs) Oh yes! I was quoted and misquoted in many publications. It was pretty funny. That went really far. I was quoted as saying that everybody was gay, which is not really what I meant. I think sexuality is … a very alive thing. It’s very human. And I think we all embody the masculine and feminine, and so does the world. Right now we’re entering into a feminine time and everybody is embracing their feminine energy, which is really nice.

Maybe you weren’t totally off with that comment, though. Now it seems everyone is a little gay with all these celebrities jumping on the bi bandwagon. I say everything first if you notice! Just go back: I say, do and wear everything first, if you really look at it. And that’s a quote! (Laughs)

Always a step ahead? But I’m too far ahead! I’m never on trend (Laughs). 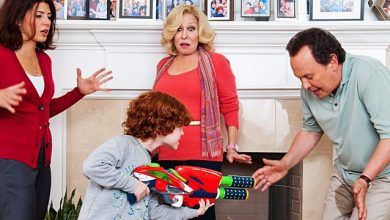