Christmas means widely-different things to people within the gay, lesbian, bisexual and transgender community of Utah — from those with life partners who host both sides of the family for Christmas Eve to those who just left a marriage after coming out and will spend their first holiday alone to the throw-away gay kids who will spend their night on the street.

Many of our readers this year will relive traditions from sitting by the fire to setting off the fire alarm (setting said fire).

But imagine having left your home this year with little more than the clothes you’re wearing. Instead of family, you will spend this holiday surrounded by strangers. Instead of being home with the decorations you unbox every year, you will be trying to turn a spartan hotel room into a festive place or an unheated basement into a livable place.

This is the reality for many gay, lesbian and transgender people in this valley. Men and women coming out in their 40s because the local tradition is to marry, procreate and join a multi-level marketing program, personal-feelings-be-damned. Kids in their teens sent to the streets or into neighbors’ homes because their families will not accept that they will not go to yet another “ex-gay” therapy program. People not accepted by their families because they are different, and therefore shameful.

When I was in college, I met and began dating my first long-term partner, with whom I later had a commitment ceremony. I’d been out to my family for just over a year and this was to be the first time I’d bring someone home as my “boyfriend.” I got a call a few days before that I should not bring him to the annual family Christmas Eve party because my grandparents may not understand. Stunned, I made the decision to take the gifts I’d bought for my family members to my grandparents’ doorstep and have a nice dinner with my partner.

I received a call the next morning — Christmas Day — that I should come up for dinner … with my boyfriend.

It was the first and last time I was asked to put my partner aside to be part of my family. I am lucky. My family has embrace all of the five partners I’ve had over the years. (Yes … I’m a serial monogamist, apparently.)

But not everyone in this valley is so lucky.

I received a message just last week from a woman trying to place a 17-year-old gay boy in a gay youth shelter of some kind. I had to tell her that no such thing existed in the state. Even with changes in the law last year that allowed for service agencies to help runaway and otherwise homeless teens, the red tape is too thick for service agencies and risk too high for individuals to help in such situations.

This story ended up relatively happy, in that the kid’s local bishop found him a place to live while things are sorted out.

But what about the others whom we don’t hear about?

The good news is that there are rumblings of efforts toward a gay youth shelter here in Salt Lake. Many people remember what it’s like to be a gay teen and feel for those whose families are not so welcoming of their child’s coming out speech.

We, of course, will keep you informed of the progress of such efforts.

In the meantime, we ask you to support such events as the Center’s Thanksgiving and Christmas dinners which provide a home for the displaced teens, older newly-out and other displaced people. We also appreciate local bars which hold dinners as well, welcoming anyone who wants to attend.

Sometimes we have to make family out of who is around us. The lucky ones make families out of close friends.

The holidays are a time of trial for many in our community. Please keep a watch out for those around you who may appear to be having a difficult time during the season. Ask what people are doing for the holidays. If you can host the “orphans,” do so. If you can’t, tell them of the programs put on by the Center, bars, and churches.

This community is more than people with a common sexual or gender orientation. We are family to many who have lost theirs.

Something beautiful and right 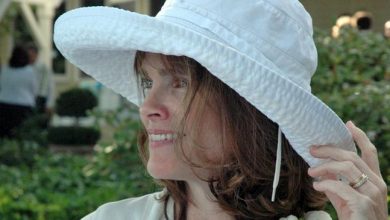