Surprisingly, I have gone out more than usual lately. I believe I did because of “cabin fever,” that feeling of claustrophobia when isolated or shut into an enclosed space, with nothing to do, for an extended period of time. When the cold season arrives, I stay inside as much as possible: apartment to car, car to work, work to car, car to home – that is usually the extent of my daily outdoor time. 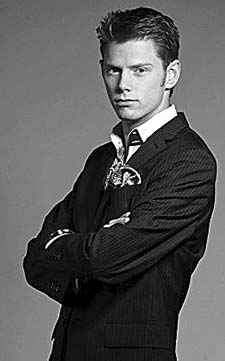 Well, low and behold, with the changing in temperature and my lack for venturing out during the weekdays, I have had an inherent need to go out. Not only to socialize but to just get out of my apartment for awhile.

I’m sure many of you feel the same. Most of us have full-time jobs, or part-time jobs that feel full time. So when 5 p.m. comes around, it is already dark, dinner is needed and going out for a cocktail just sounds dreadful (I’m sure the people at Netflix and Redbox love this time of year).

However, come Friday and/or Saturday, I am itching to venture into the night and mingle with people who feel the same itch.

In fact, lately I have heard weeknights are slower than usual at many establishments and the weekend — once again — is a fighting ground amongst our many places of frequenting. And so, I’m excited to have cabin fever because it pushes me to get out, support these places and socialize with others — which isn’t a bad thing during the winter months that can be lonely and bleak.

So, a few suggestions for this cold holiday season: right after Thanksgiving will be Pure’s “Stuff That Bird” party, where it will be Eric Turner’s last weekend in Utah. Just north, JAM will be hosting a one-and-all to celebrate the beginning of the holiday season. Honestly though, since it is the holiday season, go where you want with who you want and enjoy the cold and chilly season.

House parties are imminent. Going out on Friday and/or Saturday is likely, and there are no other places I would rather be than supporting The Trapp, Try-Angles, JAM, Pure, Edge, Paper Moon and many others. These are places of refuge in these freezing times, so allow them to warm you with liquor and laughs.

One thing that will be different about this column during this upcoming season (and I warn in advance), is that I will be attempting to give an informal review on the scene outside the bars/clubs/lounges. Most establishments are hit hard during the holidays, yet parties still reign supreme. So I wonder, what is missing from a bar environment that could be different next year to draw in a crowd? I am going to try and figure this out and am truly looking forward to it.

So if you have scheduled a holiday event/party, please come speak with me and explain a little about your inspiration and desirable outcome. You could be featured in my next article.

Everyone: play it safe as we head into December. Whether it’s driving to work, partying downtown or buying a gag “white elephant” gift, be safe and conscientious of others.

Responses to same-sex marriages being legal again in Utah