Taylor Swift can’t sing unless she’s studio-bound, but that never stopped Britney Spears from world domination. Swift cranks out the radio-hogging hits much like her salacious pop-equal — not to say they’re one in the same (one’s a sweetheart, the other a Sweet Tart), but both know how to sell songs. A lot are sold on Speak Now, the crossover princess’ third disc of dear-diary spouts on loving boys, hating boys … and everything else you do with them. Except that, of course – because, come on, Swift’s a mainstream darling, flowering her tunes with fairy-tale fantasies (“Speak Now”), as-Peter Pan meditations (“Never Grow Up,” a nostalgic slow-burner) and an overall Kool-Aid sweetness and wide-eyed wonder that’s made Swift as charming as her insanely head-trapping music. Ditties, all 14 admirably written by her, are just as likable: “Enchanted,” “Dear John,” “The Story of Us” — sounds like a chick-flick marathon, doesn’t it? Such is Swift’s life-on-record, as she regrets lost love on “Back to December,” which does so much with so little, and “Sparks Fly,” one of the catchiest cuts that has her going gaga over a guy … again. But she’s not a complete redux; she’s bitchy on “Better than Revenge” and psuedo-goth on “Haunted,” her voice pushing like never before on the latter. With Speak Now, Swift’s extending herself, maturing and experimenting; even “Innocent,” her alleged Kanye West “burn,” is delivered with heart, sympathy and forgiveness. She doesn’t want to grow up, but Swift has – right before our eyes. Like Speak Now, it’s a beautiful thing.

Norah Jones is cooler than you think, because for every Herbie Hancock and Ray Charles on her 18-song duets collection, there’s an Outkast, Foo Fighters and Q-Tip. And it’s strange to think that Jones, someone assumed to be musically vanilla with her daydream-inviting voice and lazy-day lulling, musically mingles with such bold choices as rappers and rockers. That’s not the Jones we came away with, but the one who evolved from her monster 2002 debut — stepping outside of smooth jazz-cabaret and into country and folk and atmospheric rock. Her range as a genre-busting artist is further demonstrated on …Featuring, culling cameos, duets and collaborations recorded during her 2001-2010 career run. But even with guests rockin’ her boat, the album could use a stronger wind — a problem that’s plagued much of Jones’ post-debut output. Not that some of it isn’t momentarily worth appreciating: The overdone “Baby It’s Cold Outside” with Willie Nelson charms; Belle and Sebastian mesh perfectly, if predictably, with Jones on “Little Lou, Prophet Jack, Ugly John;” and the heartsick “Dear John,” with Ryan Adams, is raw and affecting. But between those, and a Dolly Parton duet on the fortunately peppy “Creepin’ In,” a bluegrass foot-stomper, it’s more of the drive-by snoozers that wither into existence. And as for the hip-hop shift? Interesting on paper, but as cool as Mom wearing hooker clothes.

Someone hot like Kate Moss — the cover-girl framed on the legend’s latest album – doesn’t hurt, but former Roxy Music frontman Bryan Ferry could do without supermodel swagger: His uniform art-rock is just as chic. The veteran’s 13th solo outing, featuring the Scissor Sisters’ mellow “Heartache by Numbers” and lots of lounge-made breathers, is mopey and sad. Ferry does it so well, particularly on heartbreaking standout “Song to the Siren,” he takes you down with him.

Kings of Leon, Come Around Sundown

For rock stars that thrived off hits from their breakthrough album, it’s nuts that none of the songs on their fifth LP sound like radio bait. To hell with hooks, though; the Tennessee big-timers aren’t desperate for more fame, even playing to their country roots on “Back Down South.” Caleb Followill’s sexy croon is still hanging around (whew!), but they flop arena rock for on-a-whim impulses. All in all, a better go than the one that made them famous.

Plan B’s ‘Gutenberg! The Musical’ is a Romp 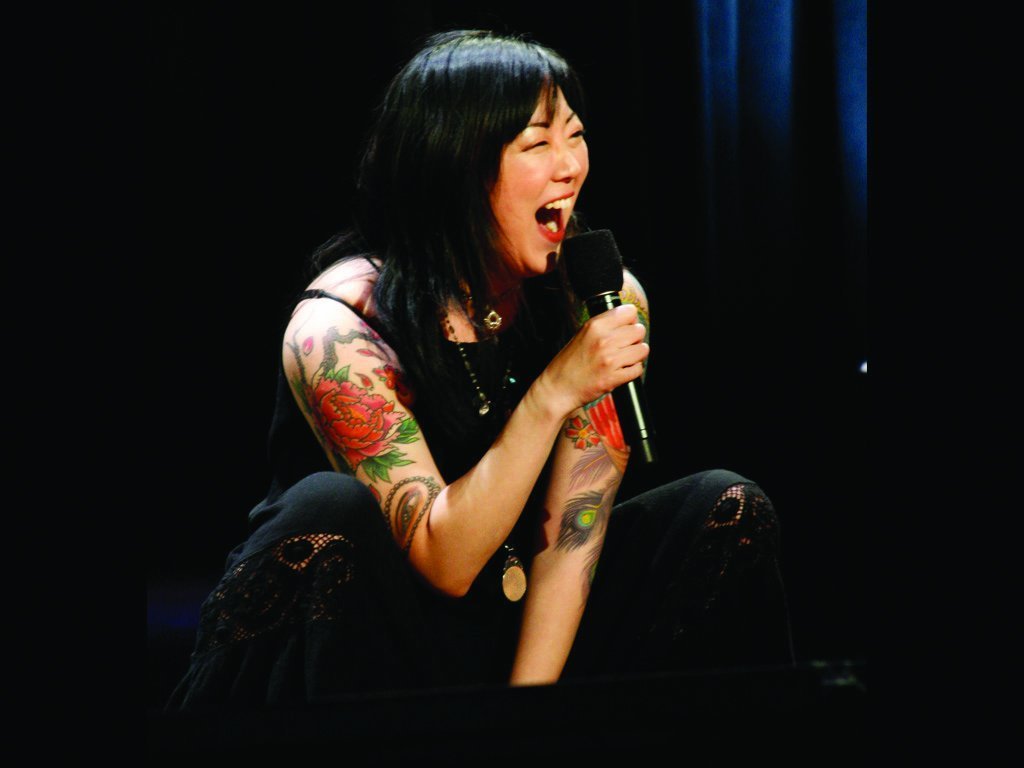