Well, all right. Not  Lady Gaga herself, but the next best thing: a drag celebrity impersonator. The pop superstar, known for her outlandish costumes and her outspoken support for gay rights, is just one of many rock stars that drag performers Gorgeous Jared, Porshea and Coko are thinking of portraying during this annual benefit party for the Utah AIDS Foundation.

“As far as anyone else, they don’t know,” said Shawn Jackson, entertainment guru at Hotel Monaco, which has sponsored the Red Party for six years.

“But,” he added, “they have mentioned Britney Spears and David Bowie.”

Why rock stars in particular? They’re the theme of this year’s celebration, which encourages guests to “Party Like a Rock Star.” As “celebrity” rock and pop stars roam the hotel’s lobby in between performances, party-goers will be treated to what Jackson calls “mini-rock star makeovers” courtesy of Ulysses Hair Salon.

“Of course, there’ll be feather boas, balloons and [temporary] tattoos this year, and hopefully some scantily-clad gentlemen and women to wear and put them on [party-goers],” said Jackson.

As usual, Hotel Monaco’s lobby will be decked out in red, the color of the AIDS awareness ribbon. In keeping with this theme, attendees are asked to wear red, and on-site Bambara restaurant will, as in years past, supply party-goers with red hors d’oeuvres and drinks. (This year’s menu, said Jackson, is still being developed and very top secret).

And those feeling cheated that the real Lady Gaga won’t be on the guest list can take heart: they can win one of two chances to see her when her Monster Ball Tour stops in Salt Lake City this coming March. One set of tickets will be given out that night as part of an opportunity drawing; the other will be auctioned off.

Other prizes will include Jet Blue airline tickets, vouchers for two-night stays at 12 different Kimpton Hotel properties (the chain that owns Hotel Monaco), and two trips to Las Vegas—one to the men’s hotel Blue Moon Resort, and the other to Rio Suite Hotel and Casino. Local businesses and local chapters of national businesses who are sponsoring the evening  include Ulysses Hair Salon, Red Bull, Beam Global Spirits & Wine, Inc., Bud Light and David Daniels Photography, who will be photographing the event.

Each year, a number of Kimpton Hotels across the country hold events similar to Monaco’s Red Party to raise money for their local HIV/AIDS organizations. Though Salt Lake City has but one Kimpton hotel, Monaco has nonetheless earned more money than several hotels in larger cities, coming in second or even first place in years past. 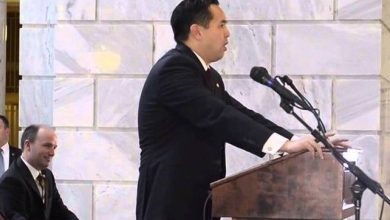