They don’t make ’em like Cher anymore. The superdiva, and queen of all gay icons, has been able to successfully pull off singing and acting throughout her nearly 50-year career — and she does both in Burlesque, her long-awaited return to the big screen, out Nov. 24. Cher’s role as Tess, an L.A. club owner who gives a small-town girl (Christina Aguilera in her acting debut) a shot at fulfilling her dream as a singer, is the Oscar winner’s first major part since Tea with Mussolini over a decade ago.

“Tess is a character who, in the face of great adversity, manages to pull herself up by her bootstraps and rise like a phoenix — and that is Cher,” says writer-director Steven Antin, who nabbed the actress for his big-budget film debut.

Breaking from her Las Vegas show at Caesars Palace, which closes in February after three years, Cher coolly strutted into a suite at the Four Seasons Hotel in Beverly Hills, Calif., with a big smirk and an off-the-shoulder sequined shirt — proof that the legend’s not letting her 64 years get in the way of sustaining her sexiness.

Sitting in was Stanley Tucci, who plays her gay assistant and pal (much like the actor did in The Devil Wears Prada, alongside Meryl Streep). The two stars laughed a lot over the dirty texts they shared and the scenes they shot together. Cher also talked about her indecisiveness over doing Burlesque, why gay men adore her, and shooting an “It Gets Better” video with daughter-turned-son Chaz Bono.

There’s no question that this is an incredibly gay movie.

Cher: (Laughs) One guy said, “This is gay Fantasia!”

How does this rank among the gayest things you have done in your career?

Cher: Not even anywhere! It doesn’t even rank. I don’t think of it as a gay film, but of course gay guys love musicals. And it’s fun! Gay guys like to have fun, and so I think that’s what it is.

Stanley Tucci: How would I know? (Sarcasm)

Gay men have always been a big part of your career. Can you reflect on that?

Cher: I’ve said this many times, but I think gay men either love you or they don’t even notice you’re alive on the planet. And if they do love you they kind of stick with you through thick and through thin, even when you’re not popular. They recognize kindred spirits that don’t really fit into society, either. And, of course, there’s sequins.

Cher, we haven’t seen you on-screen in a long time. What about Burlesque drew you back?

Cher: You know, I just wanted to sing. I wanted to sing in a film. It was my heart’s desire from the time I was about 4, so that’s what I wanted to do. I didn’t want the film (at first); this was a process. I thought that (Tess) could be a good role. It wasn’t exactly what I wanted in the beginning, but she did turn out to be who I thought she should be.

What do you love about Tess?

Cher: She’s my kind of girl. I love that she’s working really hard and she’s not getting anyplace but she’s not giving up. I love the relationship she has with all the (burlesque) girls and with him (Tucci).

She’s a very likable character, so it’s not like you’re taking a big risk. In the beginning she was so not likable, and I just kept saying, “She’s just complaining and she’s angry with the girls and yelling at them all the time.” I just thought somebody like this would’ve just sold the club.

One of Tess’ best moments is the musical number “You Haven’t Seen the Last of Me.” How do you personally identify with that song?

Cher: Stanley and I were talking about this. If you’ve been in this business, you know what being down is, and if you keep going then you know what struggling through down means.

Many have tried to transition from pop diva to actress, and many have failed, but you were one who’s done it spectacularly. What advice did you have for Christina?

ST: It’s not going to work for Christina. We’ve discussed this, and Christina knows it. (Laughs)

Cher: (Laughs) I think a couple of things had to happen for her to feel comfortable with me, because she didn’t know me. We met a week before (filming began), and she had to realize that I was going to be there to support her and not do any kind of weird actress crap. I really saw as we went on, our scenes together just got better and better. I think she really has the talent to keep going.

How do you think your performance playing gay in Silkwood stands up to gay characters now?

Cher: I didn’t. If you look at her, she was just a person, and you just play a person. I think for Stanley it was more of a stretch, but the truth is we giggle like (we did in) that first scene all the time. He makes me laugh hysterically, and I just don’t think you play that. (Looks at Tucci) I don’t think in The Lovely Bones you played a murderer; you played a person.

How was it for you and Stanley to connect as characters?

Cher: We don’t get along to this day! (Laughs)

ST: It was awful; they’re paying me for these interviews. (Laughs) It was great. I was very nervous to meet Cher, there’s no doubt about it. But once we started working, we got along very well and we had a great time. In fact, they had to wrangle us in to keep us from laughing all the time.

Did you improvise while filming?

Cher: There’s that part where we’re at the rack hanging clothes and at the end he grabs me with his legs … that was so not expected! (Laughs)

ST: (Laughs) No one would actually write that in the script.

Cher: I remember when I opened the rack and he looked at me, I just started laughing hysterically. That wasn’t in (the movie). We would go off on our little tangents. It was fun for us and I think when you’re having fun on the screen, people get it.

Some of the best scenes in the film are the ones you both share. What was it like off-screen?

ST: What you saw on-screen is exactly what was happening off-screen, and I’m not kidding. Whatever that relationship was is the relationship that this is.

Cher: He makes me laugh hysterically, and I just make him roll his eyes and smile. That’s the truth. (Both laugh)

Cher: We do have several texts that I hope never see the light of day.

Cher, did you get to wear any Bob Mackie?

Cher: One (for the number) “Welcome to Burlesque.” That was done specially for the film; I just don’t happen to have those things (in my closet). I have a lot. In my auction I gave the ones I didn’t really love away, but the ones I love, I’m going to keep them until they fall apart.

You wore something to the MTV Video Music Awards this year that was very similar to the outfit in the “If I Could Turn Back Time” video. Was that planned?

Cher: I wear that every night (laughs). I just had it and I didn’t have time to think of an outfit and thought it would be fun.

Cher: There’s an album, but I haven’t been able to get to it. That’s going to be the next thing I really want to do … unless a movie with Stanley comes up.

You also voice a character in 2011’s animated film Zookeeper.

Cher: Yeah, I play a lioness: Sylvester Stallone’s wife (laughs). It’s not a big part; it was my first voice over and it was really great. That’s how they cornered me, because when I came out — I had been there for hours and I was really tired and I walked out the door — there was Steven (Antin, the Burlesque director) and Clint (Culpepper, president of Screen Gems). Clint got down on one knee and said, “You have to come to the office!” And so I did.

Clint said you tried to pull out of the film. Was that only because of the character?

Cher: Yeah. In life I don’t know what I want nearly as much as what I want in a character. I complained a lot about the hours — we had many 16-hour days in heels. It was hard.

Are there plans to film a video with Chaz for the “It Gets Better” campaign directed toward LGBT youth?

Cher: We haven’t talked about it. She’s been… she, I do this all the time; the pronouns are just fucked. He’s doing the documentary and this book, so that’s been taking up all the time.

Looking back at your early career, what advice would you give yourself?

ST: You would shut your mouth?

Cher: Yeah, I would shut my mouth a lot more than I have in my life. I wouldn’t have done anything different because you just do what you do, sometimes it works and sometimes it doesn’t. You just have to keep going. Mistakes are just mistakes. 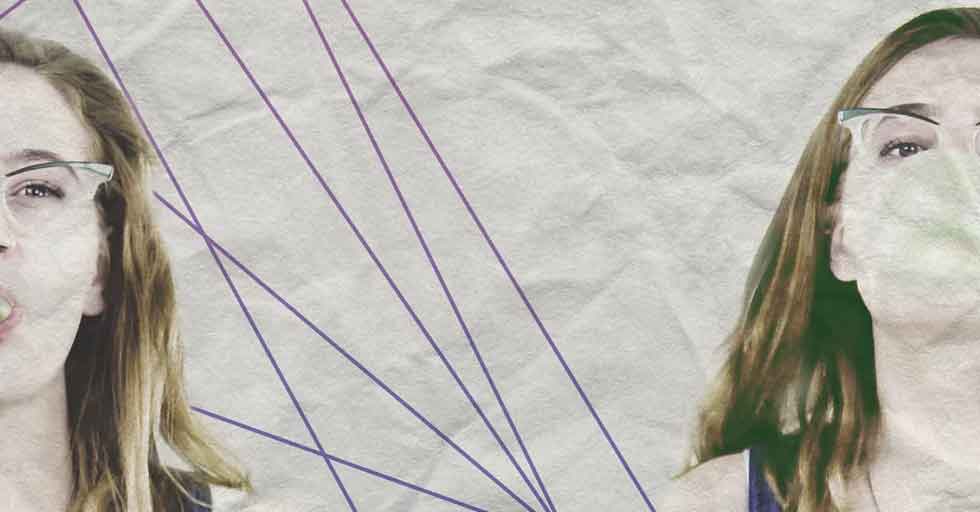