Proposition 8, the California constitutional amendment that re-banned same-sex marriage in 2008, returns to the federal courtroom today — this time at the 9th U.S. Circuit Court of Appeals in San Francisco.

Prop 8 was struck down as unconstitutional by U.S. District Judge Vaughn Walker in San Francisco on Aug. 4. Twelve days later, however, the 9th Circuit blocked any same-sex marriages from taking place in California while proponents of the ban attempt to appeal Walker’s ruling.

Oral arguments in the appeal will take place for two hours starting at 10 a.m. Pacific time, 1 p.m. Eastern. They will be aired live nationally on C-SPAN and on numerous California TV outlets. This will be the only courtroom action at the appeals-court level.
In the first hour, the parties will address the question of whether any entity has legal standing to appeal Walker’s ruling. The actual defendants in the case — Gov. Arnold Schwarzenegger, Attorney General (and Gov.-elect) Jerry Brown, the state health department and the Los Angeles and Alameda county clerks — have refused to defend Prop 8 in federal court.

The people who put Prop 8 on the ballot — ProtectMarriage.com – Yes on 8, a project of California Renewal — hope to be granted standing to proceed with an appeal. In addition, Southern California’s remote Imperial County, a sparsely populated desert tract, is seeking to intervene in the case as a defendant.

It is unclear if either party will achieve standing. If they do not, the case is over and Walker’s ruling will take effect. Or they could appeal the standing issue to the U.S. Supreme Court.

In the second hour of the hearing, lawyers will argue the correctness of Walker’s determination that Prop 8 violates the U.S. Constitution’s guarantees of due process and equal protection under the law. Those arguments will be irrelevant if no Prop 8 opponent achieves standing in the case.

Walker found that there is no “rational basis” for Prop 8’s existence and that voters inserted it into the state’s constitution solely to express “moral disapproval” of gay people.

He blamed pro-Prop 8 campaigners for fueling such disapproval by airing misleading TV ads and distributing material that “relied heavily on negative stereotypes about gays and lesbians and focused on protecting children from inchoate threats vaguely associated with gays and lesbians.”

GLAAD Awards to Air on Bravo 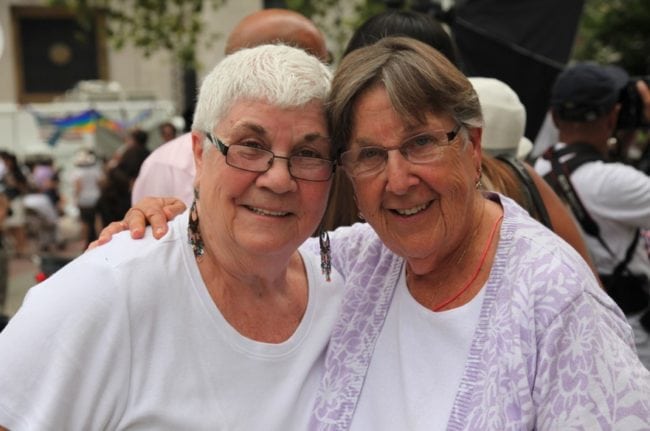