Currently, The Salt Lake Tribune estimates that one in four Utahns are now protected by these gay and transgender-inclusive ordinances. According to the most recent census data, that from 2000, Brandie Balken, Executive Director of Equality Utah, said the number was approximately 780,000 people who cannot now be fired or evicted because of their sexual orientation or gender identity.

Although she had not yet seen the 2010 census data, which shows how Utah’s population has grown in the last 10 years, Balken said that the gay and transgender rights group believed that the number was “much closer to one million.”

“We’re very honored to have been doing this work all across the state and want to congratulate all the residents who are covered in housing and employment and thank [those government officials] who stood up for a fair and just Utah,” said Balken.

But Equality Utah is still talking about the measures with Cedar City officials, said Balken. Discussions, she added, are also ongoing in Sandy, Midvale and Ogden, where the city council has planned to discuss the ordinances at its Jan. 7 meeting.

Ogden, said Balken, has been mulling the ordinances for the last four months, during which time Equality Utah’s legal panel and city attorney have been discussing the ordinances’ legal particulars.

The Grand County Council’s adoption of the ordinances also adds one of the most rural counties so far to Equality Utah’s “10 in 10” list. The group had hoped to get 10 city and county governments to adopt these ordinances before the 2011 Legislative Session.

“I do hope it sends a message [to the Legislature],” Audrey Graham, chairwoman of the Grand County Council, told the paper. “It obviously makes a statement that this corner of rural Utah is interested in equality.”

However, many members of the State Legislature have said that ordinances such as Grand County’s aren’t necessary in any corner of Utah. On the same day that the council voted, Senate President Republican Michael Waddoups told _The Tribune that gay and transgender rights advocates were “mak[ing] a mountain out of a molehill” with the push to pass these ordinances. Waddoups represents Taylorsville, which adopted the nondiscrimination ordinances this summer.

“So far, I’ve seen no advantage to the laws and I’ve seen no disadvantages,” he said. ‘The public out there is treating people fairly and equally.”

Waddoups also said that a push by Sen. Ben McAdams, D-Salt Lake City, to add sexual orientation and gender identity to the state’s employment and housing nondiscrimination code could also create a push among Republican legislators to overturn all 10 of these local ordinances. McAdams’ bill was first introduced in 2008 by Christine Johnson, an openly lesbian representative. Johnson did not seek a third and is now Executive Director for Equality South Carolina.

“I think that will be a real acrimonious debate — whether it will be [expanded] statewide or prohibited,” Waddoups said.

At the outset of this year’s General Legislative Session, Waddoups angered many in Utah’s gay, lesbian, bisexual, transgender and ally community when he said that the legislature would take action against this community if it engaged in “offensive” behavior. At that time, however, Johnson and several other gay and transgender-friendly legislators had compromised with Republican leadership to drop all gay-related bills for the session. In return, leaders agreed to let stand Salt Lake City’s employment and housing ordinances that included sexual orientation and gender identity.

Then as now, local activist Eric Ethington cried foul. In response to Waddoups’ remarks, the creator and maintainer of the blog PRIDE in Utah launched a campaign called “This Is Our Voice!”

“…Senate President Michael Waddoups, House Speaker Becky Lockhart and other Republicans are not only gearing up to make sure the protections don’t make it out of committee again, but they want to repeal the current laws that local governments have passed,” Ethington wrote on his blog on Dec. 22. “I will say it right now. If the LGBT and ally community of Utah does not show up in force this session, we are doomed to fall further behind than we ever have. Ask yourself now what you are willing to do for equality.”

The campaign currently consists of an online petition that demands, said Ethington “that [the Legislature] not only cease any actions towards repealing current protections, but pass the ordinances state-wide.”

“We, the citizens of your state and your country, demand that you listen to our voices,” the petition reads. “Two-thirds of your constituency have declared support in preventing both housing and employment discrimination. As the officials whom we elect, it is time that you stand with us.”

The “two-thirds” refers to a poll conducted by The Salt Lake Tribune earlier this year, which found that two thirds of Utahns favor laws that protect gay, lesbian, bisexual and transgender people from housing and job discrimination.

Ethington said that he had planned to launch the “This Is Our Voice!” campaign in 2011, but that Waddoups’ remarks made him unveil it early. The campaign, he said, will have “several phases, the first being the petition which will run up to the night before the [Legislative] Session starts.”

“If all goes according to plan, we’re going to show the Legislature and hopefully the entire nation something they’ve never seen before. Without going into too much detail, let’s just say that the folks at GetEQUAL are helping me put much of it together,” he added.

GetEqual is a national campaign that, according to its website, seeks “to empower the lesbian, gay, bisexual, transgender, and queer (LGBTQ) community and our allies to take bold action to demand full legal and social equality, and to hold accountable those who stand in the way.”

Ethington said he did not want to see the gains of 2010 get “flushed down the toilet of the Legislature.”

“But really, the bottom line is that our community cannot spend another legislative session sitting on our collective butts,” he said. “We have accomplished so much this year! We saw Equality Utah’s 10 in 10, the [Salt Lake City] School Board passing anti-bullying laws [that include sexual orientation and gender identity], Don’t Ask Don’t Tell was repealed, Prop 8 was overturned and soon will be again by the appellate judges … you name it, we did it in 2010. We must keep sprinting!”

If McAdams’ bill fails, Balken said that Equality Utah would continue to pass “as many [municipal] ordinances as we can in 2011,” as well as more anti-bullying protections in school districts. Summit County School District, she noted, has already entred into “a very preliminary conversation” with the group about such a policy,

She also encouraged residents who want to see housing and employment ordinances like Grand County’s in their cities and counties to contact Equality Utah. Many of this year’s ordinances, she said, came about because of residents who called the group wanting to know how to approach their mayors and city councils about passing them.

Balken also said that Equality Utah would release a report on Jan. 10 about the experiences of gay, lesbian, bisexual and transgender Utahns with housing and employment discrimination. The report, she said, is being prepared with help from the Williams Institute, a group at the UCLA Law School that deals with sexual orientation and public policy.

“Equality Utah is hopeful that [this report] will provide legislators with the information they need to see [passing a statewide ordinance] as an important move for the state to make,” she said. 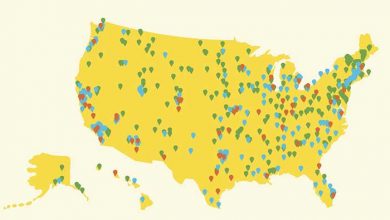