Retired social worker Leonard Ridley said he has long been aware that many lesbian, gay, bisexual and transgender youth commit suicide after being bullied at school. But when he read a series of articles in his local newspaper, Provo Daily Herald, about youth suicide just before Thanksgiving, Ridley said he decided to take action.

“I felt that would be a fool’s errand,” he said, when QSaltLake asked if he had considered asking administrators at Art City Elementary to talk to students about anti-gay bullying. Instead, Ridley seized a different opportunity to reach the students. An artist, Ridley crafted three large signs and placed them in his back yard, which faces the school’s playground. Together, the signs read: Tell The Truth. Gays Are Born-Gay. Stop Gay Suicide.

Ridley said he was fed up with what he sees as the “wall of silence around the prevalence of gay suicides, particularly among older adolescents and young adults” in the state.

“I think it is a life or death issue, and I think it’s the most serious issue homosexuals face because of that,” said Ridley, who moved to Utah from the East Coast in 1998 to get remarried. His wife, he said, was LDS and he saw this “wall of silence” first-hand when talking to her bishop.

“He [the bishop] acknowledged that there was a serious problem of gay suicide, but as he spoke it was clear that the church wasn’t taking any responsibility for either causing the problem or doing anything to prevent it,” he said. “As a matter of fact, there was a clear indication that there would not be any speaking on the issue generally from the pulpit.”

“It’s speaking out on that or any issue that is important if you’re going to prevent the problem,” he added.

In speaking up through the signs, Ridley said that he hoped to challenge what he sees as the common belief in the community about homosexuality: that it is a choice. He was also hopeful, he said, that the students would see the signs and carry the message back to the adults in their lives, to parents and teachers and maybe others.

Although the students in kindergarten through third grade largely ignored the signs, Ridley said that he noticed students in grades four to six looking at them.

Parents and administrators were also looking. When City Hall received complaints about the signs being inappropriate, Ridley said government officials sent a code enforcement officer to his house to look at them. Ultimately, the officer found no problem with the signs’ message, but told Ridley that they were too big — the city code’s limit for displaying signs was 12 square feet. To solve the problem, Ridley said he now rotates the signs out daily, and sometimes several times each day.

Nonetheless, administrators at Art City Elementary still maintained that the signs were inappropriate.

“The District is very concerned about the content of the signs and it’s not that his beliefs are different from other people’s. It’s that the content is adult in nature,” Lana Hiskey, a spokesperson for the Nebo School District is located, said in a statement. “It discusses suicide specifically which is something that we don’t discuss at the elementary level.”

Nonetheless, said Ridley, anti-gay harassment is happening in elementary schools, from taunts to playground games with names like “smear the queer.”

“I’m aware that what you find in grammar school is hostile teasing concerning gays and it escalates to outright bullying by junior high and can become more severe by senior high,” he said.

And it is not only older teens who take their lives. For example, the Provo Daily Herald’s series on youth suicides called “Young Lives Lost” noted the case of a 10-year-old Boy Scout from Utah County who “hanged himself in his back yard one weekday afternoon in 2005” while his younger sister was at home. Another woman, named in the article as “Jenna,” described how she began suffering from severe depression, an eating disorder and bouts of self-injury at age 12.

In 2007, the National Institute for Mental Health estimated that suicides of children ages 10–14 happened at a rate of 0.9 per 100,000 people in the United States — hardly as high as rates among older teens and young adults, but certainly not an insignificant number.

Two days after the code officer’s visit, Ridley said that his granddaughter told him something that infuriated him. The school secretary, Ronda Crane, he said, had summoned his 10-year-old great-granddaughter to her office, where he said the woman “grilled” the girl about the signs.

“[They asked] her things like what was my occupation, and did she know what the signs meant?” he said. “Did the signs fit into my belief system? They suggested to my great-granddaughter that they probably should be turned around so that the children on the school yard wouldn’t see them.”

When Ridley and his granddaughter confronted principal Lori Nielsen, Ridley said Nielsen acknowledged that the incident had happened, but “she was only aware of some of what was said.” He added that the principal said she wanted the matter to be over with.

“Let it pass was her expression. Let it pass,” he said.

At press time, a representative from the school had not responded to QSaltLake’s request for comment. However, the Nebo School District released the following statement to the Daily Herald following the meeting: “We appreciate the viewpoints of all members of our community. This was an information-gathering meeting to identify appropriate methods to discuss mature topics with young children with developing minds.”

Ridley said he contacted Heidi Toth, the reporter who had written the “Young Lives Lost” series about the incident, and to let her know that he, his granddaughter, Crane and Nielsen were to sit down for a meeting about the signs. However, Toth wrote that she was not allowed in because the meeting was not a school board meeting and was therefore closed to the public. Crane declined to comment to Toth about whether or not she had spoken with the child.

“The whole gist of the meeting was to lecture me concerning what they felt was the inappropriateness of the signs,” said Ridley, who also said that he told administrators that his great-granddaughter told him that hostile teasing was taking place on the school grounds that the principal didn’t know about, and much of it was anti-gay.

“My feeling is very clear based on my professional knowledge,” he said. “If those children in grades four, five and six have been educated in a bigoted sort of way, they’re old enough to be re-educated in having respect for all people in our society, which makes those signs highly appropriate.”

Administrators, he said, told him that the school board would discuss the matter the following day. However, Ridley was not invited to the meeting and has heard nothing else about the matter from the school. 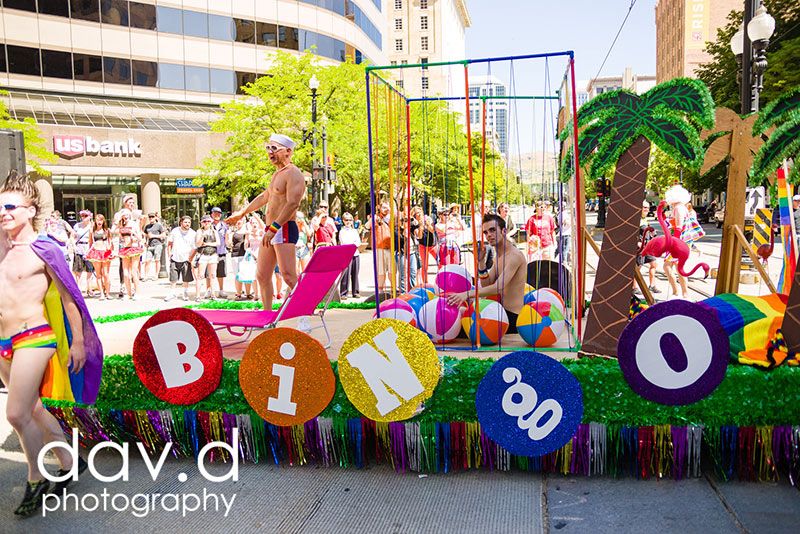