“No longer will our country be denied the service of thousands of
patriotic Americans who were forced to leave the military — regardless of
their skills, no matter their bravery or their zeal, no matter their years
of exemplary performance — because they happen to be gay,” the president
said. “No longer will tens of thousands of Americans in uniform be asked
to live a lie, or look over their shoulder, in order to serve the country
that they love.”

“I have spoken to every one of the service chiefs and they are all
committed to implementing this change swiftly and efficiently,” Obama
assured the hundreds of attendees at the ceremony. “We are not going to be
dragging our feet to get this done.”

“I want to speak directly to the gay men and women currently serving in
our military,” the president continued. “For a long time your service has
demanded a particular kind of sacrifice. You’ve been asked to carry the
added burden of secrecy and isolation. And all the while, you’ve put your
lives on the line for the freedoms and privileges of citizenship that are
not fully granted to you. … There will never be a full accounting of the
heroism demonstrated by gay Americans in service to this country; their
service has been obscured in history. It’s been lost to prejudices that
have waned in our own lifetimes. But at every turn, every crossroads in
our past, we know gay Americans fought just as hard, gave just as much to
protect this nation and the ideals for which it stands. There can be
little doubt there were gay soldiers who fought for American independence,
who consecrated the ground at Gettysburg, who manned the trenches along
the Western Front, who stormed the beaches of Iwo Jima. Their names are
etched into the walls of our memorials. Their headstones dot the grounds
at Arlington. And so, as the first generation to serve openly in our armed
forces, you will stand for all those who came before you, and you will
serve as role models to all who come after.”

Obama’s signature does not, however, end the policy just yet — and gay
servicemembers have been advised by military officials and activist groups
to stay in the closet.

That’s because the law’s language requires Obama, the secretary of defense
and the chairman of the Joint Chiefs of Staff to now “certify” that the
military is ready for the change and that the repeal will not harm
military readiness or effectiveness, unit cohesion, recruiting or member
retention.

It’s unknown how long that will take. Obama told The Advocate that “my
strong sense is this is a matter of months … this is not something that
they’re going to be slow-walking.”

Defense Secretary Robert Gates said the Department of Defense will proceed
“carefully and methodically, but purposefully.”

“I will approach this process deliberately and will make such
certification only after careful consultation with the military service
chiefs and our combatant commanders and when I am satisfied that those
conditions have been met for all the services, commands and units,” Gates
said. “In the meantime, the current law and policy (the ban on coming out)
will remain in effect.”

Once the certification is issued, the law requires a further 60-day gap
before the repeal takes effect.

It is unclear if the military will continue to pursue DADT discharges in
the interim, but many observers consider it unlikely.

Servicemembers Legal Defense Network Executive Director Aubrey Sarvis
called on the government to officially suspend discharges effective
immediately, but there is no indication it plans to do so.

“In signing this bill today, President Obama delivered on a defining civil
rights measure for our country and for gay, lesbian and bisexual
servicemembers who have been silenced for far too long,” Sarvis said.
“Clearly, this is President Obama’s Lyndon Johnson moment in history.”

Servicemembers United Executive Director Alexander Nicholson said: “Today, an historic wrong was finally made right. Today, the long and painful
struggle of one million LGBT veterans was finally vindicated. Today,
66,000 gay, lesbian and bisexual Americans currently serving in uniform
will sleep easier knowing that the odious Don’t Ask, Don’t Tell law is a
thing of the past.” 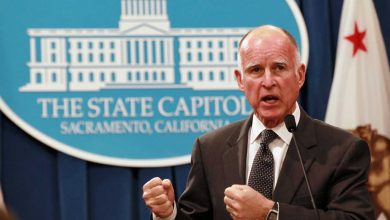