The Ogden City Council will accept public comment on Feb. 1 for proposed legislation to protect against discrimination in the workplace and in housing based on sexual orientation and gender identity.

After the public hearing, it is likely that the council will take the ordinance to a vote, said Ogden City Council Member Caitlin Gochnour. This hearing will be the culmination of 10 months of discussion and cooperation between the residents of Ogden, city officials and Equality Utah, said Equality Utah Executive Director Brandie Balken. The city council heard comment from Balken and Ogden residents at a city council meeting in the Ogden Municipal Building on Tuesday night.

“This is an amazing opportunity for us to partner with the administration of Ogden and with the residents of Ogden to craft important supplemental information that can be used not only here in Ogden city, but across other cities and counties in our great state,” said Balken.

Representatives from Equality Utah, an organization that aims to secure equal rights and protections for lesbians, gays, bisexuals and transgender Utahns, have met with city officials multiple times over the past 10 months, said Balken. The most recent meeting occurred on Jan.7, when a green light was given to draft the anti-discrimination legislation, she said. The ordinances will be similar to laws already passed in 10 other municipalities in Utah. The laws will make exemptions for religious organizations, small business owners and landlords that rent fewer than four rental units, Balken said.

“I was actually incredibly heartened at our last meeting on Friday when a deadline was set for draft ordinances to be provided,” she said.

However, not all the Ogden residents at the meeting were as pleased with the progress of the city ordinances.

“I am very grateful that the administration, the city attorney and city council have taken so much time to deliberate,” James Humphreys, an Ogden resident and vice president of the Utah Log Cabin Republicans, told the council. “I would, however, remind everyone that the residents themselves, up until this point of time, have not been involved in the process.”

Gochnour said she was grateful for patience of Ogden residents as the city considered the legislation.

“We’ve taken a bit of criticism for our thoughtful approach,” said Gochnour. “But we’d just like to remind everyone that Salt Lake City has been two years in creating their non-discrimination ordinances.”

Details of the meeting to discuss the ordinances on Feb. 1 will be released at the end of this month and will be available at council.ogdencity.com. 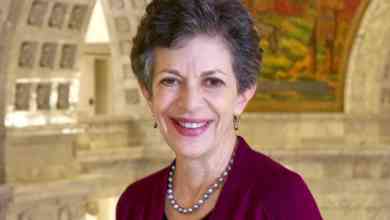