Prominent Ugandan gay activist David Kato was killed in his home Jan. 26, just 23 days after winning a lawsuit against a tabloid newspaper that published his picture and pictures of other gays along with the headline “Hang Them.”

Police said a robber entered Kato’s home near Kampala early in the afternoon, struck him in the head with a hammer, and left in a vehicle.

They later arrested Kato’s driver and are looking for his handyman, who they said is an ex-con. Kato died en route to a hospital, according to Human Rights Watch.

Kato was the advocacy officer for the organization Sexual Minorities Uganda (SMUG). He had been a leading voice in the fight against the Anti-Homosexuality Bill, which has been before Uganda’s parliament since October 2009.

The legislation would imprison for life anyone convicted of “the offense of homosexuality,” punish “aggravated homosexuality” (repeat offenses, or having gay sex while being HIV positive) with the death penalty, forbid “promotion of homosexuality” and incarcerate gay-rights defenders, and jail individuals in positions of authority for up to three years if they fail to report within 24 hours the existence of all LGBT people or sympathizers known to them.

Kato was one of three plaintiffs in the recent successful lawsuit against Uganda’s Rolling Stone newspaper, which published photos, names and addresses of numerous gay people, including Kato, along with a headline that said, “Hang Them.” Kato’s photo was on the cover.

The Kampala High Court ruled that the plaintiffs suffered violations of their constitutional rights to life and to privacy of the person and the home, and ordered the newspaper, which has no relation to the U.S. Rolling Stone, to pay each plaintiff $643 plus court costs.

“(P)ublishing the identities of the applicants and exposing their homes coupled with the explicit call to hang them because ‘they are after our kids,’ the respondents extracted the applicants from the other members of the community who are regarded as worthy, in equal measure, of human dignity and who ought to be treated as worthy of dignity and respect,” the court said. “Clearly the call to hang gays in dozens tends to tremendously threaten their right to human dignity. … (T)he exposure, of the identities of the persons and homes of the applicants for the purposes of fighting gayism and the activities of gays, as can easily be seen from the general outlook of the impugned publication, threaten the rights of the applicants to privacy of the person and their homes.”

The newspaper article said, in part: “The mighty Rolling Stone is glad to reveal some of the most horrible secrets in gay community, which is bent on recruiting at least one million members by 2012. Dishearteningly, gays are after young kids, who are easily brainwashed towards bisexual orientation. … The leaked pictures of Uganda’s top homosexuals and
lesbians have renewed calls for the strengthening of the war against the rampage that threatens the future of our generation by hanging gays. ‘Unless government takes a bold step by hanging dozens of homosexuals, the
vice will continue eating up the moral fibre and culture of our great nation,’ … said a radical church leader who preferred anonymity.”

In a statement, SMUG said that Kato “has been receiving death threats since his face was put on the front page of Rolling Stone, which called for his death and the death of all homosexuals.”

Val Kalenda, board chair of Freedom and Roam Uganda, blamed Kato’s killing on “the hatred planted in Uganda by (visiting) U.S. evangelicals in 2009.”

“The Ugandan government and the so-called U.S. evangelicals must take responsibility for David’s blood!” she said.

Some U.S. news reports and gay activists have blamed the U.S. visitors for inspiring the Anti-Homosexuality Bill during their visits to the country.

“David was a true hero, a man who gave his energy and finally his life for others’ freedoms,” said Scott Long, who headed HRW’s LGBT Rights Division for several years. “The foreign Christian leaders who have supported the spread of murderous homophobia in Uganda … should search their consciences today and beg forgiveness.”

According to Political Research Associates: “The targeting of Kato and other LGBT Ugandans follows an intense demonization campaign fostered by right-wing Christian activists from the United States. A March 2009 conference in Kampala … featured notorious American anti-gay campaigners, who promoted the idea of a sinister global homosexual
conspiracy to corrupt Uganda. Conference speakers advocated parliamentary action to thwart this ‘international gay agenda’ (and) met with Ugandan lawmakers and government officials, some of whom drafted Parliament’s infamous Anti-Homosexuality Bill.”

“No form of intimidation will stop our cause,” he said. “The death of David will only be honored when the struggle for justice and equality is won. David is gone and many of us will follow, but the struggle will be won. David wanted to see a Uganda where all people will be treated equally despite their sexual orientation.”

U.S. Secretary of State Hillary Clinton issued a statement that said, in part: “David Kato tirelessly devoted himself to improving the lives of others. As an advocate for the group Sexual Minorities Uganda, he worked to defend the rights of lesbian, gay, bisexual and transgender individuals. His efforts resulted in groundbreaking recognition for Uganda’s LGBT community, including the Uganda Human Rights Commission’s October 2010 statement on the unconstitutionality of Uganda’s draft ‘anti-homosexuality bill’ and the Ugandan High Court’s January 3 ruling
safeguarding all Ugandans’ right to privacy and the preservation of human dignity. His tragic death underscores how critical it is that both the government and the people of Uganda, along with the international community, speak out against the discrimination, harassment and intimidation of Uganda’s LGBT community, and work together to ensure that all individuals are accorded the same rights and dignity to which each and every person is entitled.”

President Barack Obama said: “I am deeply saddened to learn of the murder of David Kato. In Uganda, David showed tremendous courage in speaking out against hate. He was a powerful advocate for fairness and freedom. The
United States mourns his murder, and we recommit ourselves to David’s work. At home and around the world, LGBT persons continue to be subjected to unconscionable bullying, discrimination and hate. In the weeks preceding David Kato’s murder in Uganda, five members of the LGBT community in Honduras were also murdered. It is essential that the governments of Uganda and Honduras investigate these killings and hold the perpetrators accountable. LGBT rights are not special rights; they are human rights. My administration will continue to strongly support human rights and assistance work on behalf of LGBT persons abroad. We do this because we recognize the threat faced by leaders like David Kato, and we share their commitment to advancing freedom, fairness and equality for all.” 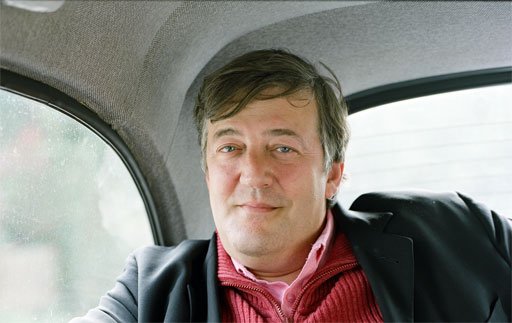