Although Utah is dead last in support of gay marriage, according to a recent study – at only 22 percent – and that the state remains below the national average in support if gay marriage since 1994, there is still a silver lining – that number has nearly doubled in the past 14-16 years.

Nationwide, in 2010, a majority of people in 17 states are in favor of same-sex marriages. In surveys between 1994 and 1996, no states were even over 34 percent in favor. In fact, according to the Human Rights Campaign, citing research by professors of political science at Columbia University, no state had majority support of gay marriage, even as recently as 2004.

Massachusetts – the first state to legalize gay marriage — showed the most support with 62 percent in favor of same-sex marriage, up from 33 percent in the ’90s. The New England states had the greatest support, while Southern and Plains states had the least.

The HRC report noted many more positive trends in support of gay and lesbian rights:

A statistical analysis done by Nate Silver in 2008 predicted another 10 states will surpass a majority support by the year 2013.

An August 2010 CNN/Opinion Research Corporation Poll showed for the first time a majority of Americans favored marriage equality. Fifty-two percent of respondents said that same-sex couples should have the constitutional right to marry.

Also, an August 2010 poll conducted by GfK Roper Public Affairs & Corporate Communications for the Associated Press showed a majority of Americans support marriage equality – 52 percent said the federal government should give legal recognition to marriage between couples of the same sex.

A 2008 Gallup poll also showed a near-universal majority of people – 89 percent — believe gay and lesbian Americans should have equal rights in terms of job opportunities.

Support of the repeal of Don’t Ask Don’t Tell has also climbed from 44 percent in 1993 to 77 percent in December 2010 according to an ABC News/Washington Post survey.

“While the American people embrace their LGBT friends and neighbors, government remains a lagging indicator of acceptance,” HRC President Joe Solmonese said in a statement. “The numbers don’t lie. Americans want equal rights for LGBT citizens and lawmakers should heed their call.”

HRC credits the fact that the percentage of people who say they know a gay or lesbian person has climbed from 42 percent in 1992 to 77 percent today. 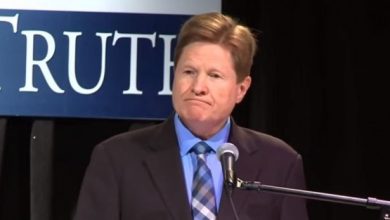