Frameline, the nation’s only non-profit organization solely dedicated to the funding, exhibition, distribution and promotion of lesbian, gay, bisexual and transgender media arts has announced the recipients of its annual Frameline Completion Fund. Three of the films premiered last week at the Sundance Film Festival in Park City, Utah.

Among the first of its kind, the fund was established in 1990 to assist independent media artists with the final stages of film and video production in works that are about the LGBT community. Since its inception, more than 100 films have been completed with assistance from the fund, including Guinevere Turner and Rose Troche’s ‘Go Fish’, David Weissman’s ‘We Were Here’, Rodney Evans’ ‘Brother to Brother’ (awarded a Special Jury Prize at Sundance in 2004), Cynthia Wade’s Oscar-winning ‘Freeheld’, and Cheryl Dunye’s ‘Watermelon Woman.’

This year, the Fund received more than 80 submissions. An independent jury of film professionals awarded $25,000 in funds to the following seven projects:

ACTIVIST: The Times of Vito Russo directed by Jeffrey Schwarz

Vito Russo was a founder of the gay liberation movement who participated in the Stonewall riots in 1969, was pivotal in founding the media watchdog group GLAAD in 1980, and became a vociferous AIDS activist with the guerilla group ACT UP. He was also the author of the ground-breaking book The Celluloid Closet, the first text to comprehensively explore LGBT representations on film and what those characters taught audiences gay and straight alike.

Two former lovers, Troy and Jonathan, reunite after a painful breakup years ago. After spending several years in Spain, Troy returns to Los Angeles and decides to meet Jonathan for coffee. A seemingly innocent rendezvous turns flirtatious as they are intensely swept away by each other’s presence and memories of the past. The film subtly explores the way in which we constantly try to break the cycles of habit and make difficult decisions about our relationships.

Call Me Kuchu tells the story — at once tragic and hopeful — of a community of gay and transgender Ugandans fighting on the frontlines of Africa’s gay rights movement. Alongside other activists fighting Parliament’s new “Anti-Homosexuality Bill”, the film tells the story of David Kato, known as the “grandfather of the kuchus” (the preferred term for LGBT people), who was recently murdered in his home just weeks after winning a major court battle for LGBT rights.

A sci-fi comedy about lesbian space aliens who are sent to Earth to have their hearts broken, the film follows their romantic adventures in New York City. An unlikely relationship blossoms between Jane, a lonely lesbian card-store employee, and Zoinx, the most emotionally distant of the aliens. Meanwhile, the promiscuous Zylar is busy wooing one human girl after another, and two government agents are on their tracks. Premiered at the 2011 Sundance Film Festival.

Feelings Are Facts: The Life of Yvonne Rainer directed by Jack Walsh

Over the course of Rainer’s career, she revolutionized modern dance, created what came to be known as performance art, and reintroduced narrative into avant-garde filmmaking. At the age of fifty-five, she came out as a lesbian, joining a group of prominent LGBT artists — including Susan Sontag, Jasper Johns, and Merce Cunningham — responsible for transforming post-WWII art and creating a uniquely American idiom that favored experimentation over tradition.

After serving three years in prison, Enrique comes home to find that his son is not the same boy he left behind. Michael, now Vanessa, is beginning to explore a sexual transformation that tears at the very core of who Enrique believes himself to be. His wife Angela finds herself caught in the middle: she desperately clings to the love she once had for her husband while trying to protect her child from being forced into the kind of man she is “supposed” to be. Premiered at the 2011 Sundance Film Festival in the US Dramatic Competition.

Pariah is a coming-of-age drama about a black lesbian teenager who struggles internally with self-doubt and juggles multiple ill-fitting identities to please her friends and family. Alternating between a conservative, middle-class neighborhood in Brooklyn and the “glam” night subculture of the New York City “piers,” Alike vacillates between being a proud and sexually independent woman with her openly gay best friend, and the feminine, obedient girl that her strict upbringing dictates. Premiered at the 2011 Sundance Film Festival in the US Dramatic Competition. The short film version of Pariah received a Frameline Completion Fund grant in 2006 and won the Audience Award for Best Short Film at Frameline31.

J. Edgar: The (Gay?) Man Behind The Mask 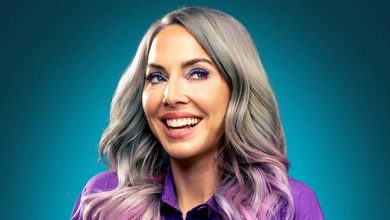 Arts: Is it possible to bridge the gap between sexuality and spirituality?