When we started this little venture back in 2004, we planned big. We hired an editor, a sales manager, three salespeople, a full-time designer, several freelance writers who were paid the same rate as the Salt Lake Tribune, an office manager, and me as publisher.

As the years went by, we realized that, no matter how hard we tried and how good we were, we couldn’t sustain that level of staffing with the level of advertising revenue this valley will throw at a newspaper geared for the gay, lesbian, bisexual, transgender community. 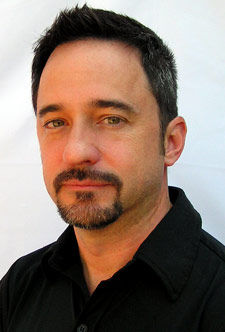 While certainly one person can do all of that, but no person can do all of that well. And that includes me. What suffers is the quality of your product and the ability to look forward and make strategic business decisions and strategies. What does get attention is just the things that make themselves emergencies — computers that are down, a hacked Web site, a looming press deadline, a suddenly-announced press conference, a broken furnace.

So, little by little, we began taking leaps of faith. At one time there was two-and-a-half of us putting out 28 pages twice a month out of my living room. We decided no one would take a 28-page newspaper seriously, so we leapt to 40 pages, then 48. It worked.

We also decided we couldn’t continue working out of my house, so we leapt into a Sugar House office space (which luckily had rock-bottom rent at the time).

We then brought on a full-time salesperson. Then a part-time designer.

The hats were coming off.

And now, we are announcing a number of other leaps if faith that will start next quarter. Our columnists and photographers will be happy to read that we have come up with a pay scale for their contributions to this endeavor. While not full, competitive rates, it is a step in that direction.

We will also get back to our originally-planned press run of 10,000 copies — a minimum number required to get the attention of national advertisers.

Our largest leap of faith, however, is being taken this week. By the time this paper hits the streets, our new editor will have placed his coffee and pencil cups on the desk we set up for him and he will take the helm of the words that get printed in this publication.

Except mine, of course.

Seth Bracken has agreed to be QSaltLake’s new editor. He will be the fourth person to have taken on that title in our seven-year history.

Me, I’ll be here as publisher, doing my publisher thing. I’ll have to Google what that means, exactly.

Most importantly, my neck will hopefully stop hurting from all that weight it’s been balancing. The hats, that is. Not my enormous head.

Did you ever think…