For nearly a year now, the city of Ogden has been working toward passage of non-discrimination ordinances similar to those in Salt Lake City and other Utah municipalities. Just at the culmination of this process, as the ordinances were ready to go to the City Council for a vote, a new proposal surfaced — a religious exemption clause.  This clause would allow employers and property owners to continue discriminatory practices if they claim that they are doing so on the basis of their religious beliefs.

Officially, no changes to the current language have been proposed, but according to James Humphreys, who has been involved in the process from the start, the Ogden City Attorney has contacted some members of the City Council to discuss their feelings about including the exemption. City Councilmember Amy Wicks indicated that she had not been contacted directly by the Mayor’s office or the City Attorney, or that lobbying of other councilmembers had taken place.

Though, including this clause will render the ordinances useless, according to Wicks, as anyone could claim religious beliefs as a basis for discriminatory practices.  “We may as well not even have the ordinances if we do that.”

Including this new language in the ordinances creates a difficult situation for supporters, such as Humphreys, forcing them to potentially now stand against legislation that they have worked toward for years. There are many, such as Wicks and Humphreys, that are frustrated with these last-minute changes. Wicks stated that she “thought we came up with something that worked for Ogden in providing protections in housing and employment.”

“I believe it is imperative we have as close to a unanimous vote and approval from the mayor,” said Humphreys. “It is much easier to convince our (LGBT) community to trust the administrator appointed by the mayor if this happens. Should we have a 5–2 vote and give the mayor reason to veto and he does … then we have to override the veto and force implementation. Unfortunately this will make it that much harder to convince our community to trust that their concerns in these matters will be taken seriously. It is important we work hard to prevent this later scenario.”

Mayor Godfrey was unavailable for comment at press time, as were other members of the City Council and Pastor Mallinak of the Berean Baptist Church, who had expressed concerns regarding the ordinances. 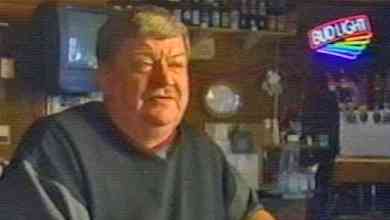