A vote by Utah Senate Assistant Minority Whip Pat Jones (D-Holladay/Olympus Cove) has one gay activist calling her a traitor, and another starting a nationwide petition against her.

Jones voted to table Senate Bill 62, that would have allowed for second-parent adoptions, during the Senate Health and Human Services Committee hearing.

“My own personal belief is that marriage should be between one man and one woman,” Jones said during the hearing. “I also believe that children are better with married couples.”

In subsequent radio interviews and at a town hall meeting, Jones stood by her comments. 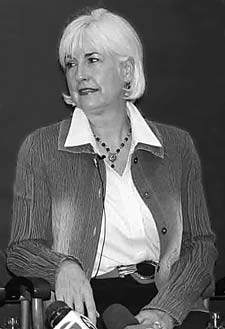 “Let me just say that my district is Republican. In my past I have been a Republican delegate at times. I really consider myself a moderate. In some issues I lean more Republican and in others probably more Democrat,” she told radio station KVNU the day after the vote. “My area is really quite conservative.”

Jones won her Senate seat in 2006 with 56 percent of the vote and re-election in 2010 with 57 percent. All members of the House of Representatives who overlap her district are Democrats, including House 25 Joel Briscoe, House 36 Patrice Arent, House 37 Carol Moss, House 40 Lynn Hemingway, House 44 Tim Cosgrove and House 46 Marie Poulson.
Holladay Mayor Dennis Webb has donated to the Republican Party and Romney for President, but his office is nonpartisan and he has not declared his party.

At a town hall meeting the same week as the vote, much of the audience was supporters of gay and lesbian rights.

Ally Joe Watts spoke to participating legislators, saying, “I hope that whenever you have the chance that you can advance the cause of gay rights. It is time to stop the discrimination. Utah is one of only two states in the nation that doesn’t have adoption rights for gays. It’s time for us to make that commitment.”

Jones took the microphone, saying, “I know that many of you came for this issue. I really do respect your passion on this issue,” she said. She acknowledged that many in the room were disappointed with her vote to table the motion and her comments on marriage and raising children in a traditional family structure. “Now, I did not say that single people can’t be good parents, and I didn’t say that gay and lesbian couples can’t be good parents. I said that in my view, it is optimum that [raising children] is in a traditional family. And I know that those views reflect the majority of people in my area.”

“I guess we just have to agree to disagree on this issue,” she continued.

High-profile gay activists have made it clear that they disagree with Jones on this issue.

“As one of your constituents, I am deeply disappointed and hurt by your vote yesterday to refuse to allow gay people to adopt. All the scientific evidence shows that gay people make at least as good parents as anyone else, and your vote and the committee action will cause much harm, anxiety and pain in many Utah families! If one looks at the facts and puts irrational homophobia aside, there is no rational reason to deprive gay families of the protection of law,” wrote Equality Utah co-founder Jim Dabakis. “Shame, shame, shame. You are a leader in the Democratic Party in the legislature — we expect more of you than Senator Buttars. Your reckless vote has hurt a lot of people to their very core.”

Philanthropist Bruce Bastian replied to the e-mail message with a note of his own: “May I add that if any of us has endorsed or supported you in the past, your vote will make us all seriously question endorsing or supporting you in the future.”

Indeed, Jones was absent from a list of Equality Utah-endorsed candidates in the 2010 election cycle. She also received no donations from the group or any known gay activist.

In 2006, however, Jones did receive early campaign contributions from Equality Utah, the Gay and Lesbian Victory Fund and several gay activists and allies.

Had Jones changed her vote, the bill would still have been tabled, as only Sen. Luz Robles, D-Salt Lake City, voted against tabling the measure.

The bill was not lifted from the table in the next two subsequent meetings, and therefore was sent back to the Senate Rules Committee, where it will likely stay through the end of the session.

Romero had hoped that he could adjust the bill to the committee’s liking.

“I would like to work with the members of the committee and see if there is an amendment I can make to their liking that still works to the general principles of the bill and move it forward,” Romero told the Daily Herald.

Any amendment that he would accept, however, would not include removing the ability of gay and lesbian couples to adopt.

“I think that is the community that is most affected by the current status. It is important to realize that there are some people that will choose not to marry, but for those who are not able to marry, it really is the critical issue,” Romero told the paper.

A similar bill, House Bill 108 by Rep. Rebecca Chavez-Houck, D-Salt Lake City, has not yet been heard by any committee.

Boston activist Michael Jones started a Change.org petition demanding that Jones apologize for her vote and “affirm the rights of same-sex couples to raise children together in the state of Utah.” At press time the petition had 408 votes.

The Change.org petition can be found at http://bit.ly/fXuKfu 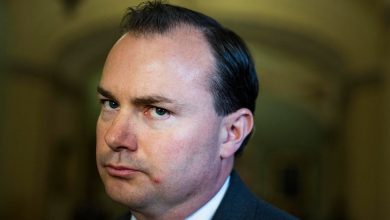