The Queer Utah Aquatic Club’s annual swim, water polo, ski and snowshoe weekend will be held Feb. 18–20. Although there will be a few changes, the event is still welcoming swimmers from all over the country to socialize, compete in water sports, and enjoy Utah’s cool winter and snowy hills. The weekend draws so many visitors from out of state thanks to QUAC’s growing fame in gay and lesbian sporting circles, and thanks in part to the QUAC water polo team’s gold medal win at last year’s Gay Games.

“The QUAC Ski-n-Swim is primarily an annual celebration and competition for our members and guests,” said Scott Chaffin, lead organizer of Ski-n-Swim 2011. “Any additional revenue or fundraising success is a welcome addition to our club’s annual expenses.”

Ski-n-Swim is organized by volunteer members of QUAC and local businesses who donate venues, services and products to pull off the annual event. Chaffin, who joined QUAC two-and-a-half years ago, and describes himself as an intermediate swimmer, was asked to head up the planning of Ski-n-Swim 2011, with the help of past organizer, Milan Jendrisek. They were also helped by QUAC Vice President Lisa LeDuc and members Peter Sorenson, Sterling Furiham, Jeffrey Wood and Thad Applegate.

“It’s OK to call Ski-n-Swim a fundraiser, but it usually turns out to be a more break-evener. Our main goal is not raising dollars, but we want to host a fun community event,” said LeDuc, who is a QUAC water polo player. “Also, we have many friends and teams from out of state that come to ‘SNS’ every year and former QUACers that have moved away that come back to visit.”

Expected guests this year include gay-friendly swim team Denver SQUIDS, Utah State University’s swim club and members of Utah Masters Swimming. Past QUAC members will also be in attendance along with individual swimmers from gay or lesbian swim clubs. Local Utahns have had the opportunity to register online to compete at the swim meet or water polo tourney and to register for all social events that are a part of the weekend. Spectators are also welcome to watch Saturday’s swim meet and water polo tourney free of charge.

One change this year is where the QUAC’s swim meet will be held. In the past, both the swim meet and water polo tournament had been held at the same location.

“We’re excited to hold this year’s swim event at the Fairmont Pool. It only makes sense as this is our ‘home’ pool and we’re pleased to welcome guests and competitors to ‘our place’ and where we’re most comfortable,” said Chaffin, referring to QUAC’s regular practice pool. “We’ve held our annual swim meets at a number of places over the years, but this time we’re glad to be home.”

QUAC’s water polo tournament will be held at the Steiner Aquatic Center. Instead of full-team scrimmages, individuals who would like to play signed up as individual players on QUAC’s website, and plans are to run a three-on-three tournament.

“The water polo tournament is at Steiner at 1 p.m. and we’re trying something different this year,” said LeDuc. “Not a whole lot of out-of-towners are participating this year except a few individual members from Colorado and California teams. They have signed up and we’ll put them on a team according to their ability to make the teams fair.”

Ski-n-Swim’s social events start Friday with an opening social at Frida Bistro restaurant which will begin at 8.p.m.

“Every year we look for fun and innovative locations for our events,” said Chaffin. “The QUAC planning committee approached Frida Bistro, and the staff there has been accommodating and excited to work with QUAC to present a great opening event. Don’t forget that the opening night party continues later that night at JAM where we will socialize, catch up and enjoy some great entertainment.”

JAM will be providing the sounds of their weekend, featuring early evening warm-up mix-master DJ Harry Cross, Jr. at Frida Bistro for those who have signed up for the QUAC party-pass online. JAM will also welcome both QUACers and the general public to their Marmalade home for a special performance by Morgan McMichaels, a contestant on season two of RuPaul’s Drag Race, at 11 p.m. McMichaels is ready to light up Salt Lake City’s winter sky afire with dancing, singing, lip-syncing and generally entertaining the crowd with her saucy attitude. Entrance to Morgan McMichael’s performance is $10.

Saturday swimmers will begin warm-ups at 9 a.m. The swim tournament will begin at 10 a.m. This year, QUAC has planned hosted dinner parties at QUAC member and QUAC supporters’ homes on Saturday night.

“Tom Whitman of Elevation Utah approached QUAC early on about the two simultaneous events and we ultimately agreed to move our Ski Day to Park City to provide some synergy between the two events,” said Chaffin. “QUAC has scheduled most of our events at a time that allow Ski-n-Swim participants to attend many of the Elevation Utah events, and we encourage people to make the most of both.”

The ski day has moved to Park City on Sunday and it will run pretty much the same as it always has. The Park City Mountain Resort has provided QUAC with a single-day ticket price for those who signed up on the QUAC website for skiing and snowboarding. The hospitality room will be provided by The Lodge at Mountain Village with a catered lunch by Mountain Thyme Catering.

As of press time, snowshoeing details were still being planned.

Elevation Utah’s Sunday après-ski party is from 4–7 p.m. at The Spur in Park City. It will be followed by the official Ski-n-Swim closing party at JAM in Salt Lake City from 7–9 p.m., which will in turn be followed by JAM’s new Sunday karaoke night.

“There will be a drawing for door prizes that include a snowboard, gift certificates, massage certificates and other items,” said Chaffin. “We’ll make a few presentations and have on-screen pictures from throughout the weekend by David Daniels.”

Chaffin also mentioned that JAM will not be providing food for Sunday night’s closing social.

“I’m looking forward to a great weekend to celebrate our collective and individual achievements as an organized team of QUAC swimmers, to renew bonds and friendships with each other, our guests and the LGBT community as well. We’re proud of QUAC’s reputation in our community and our principle of welcoming swimmers of any age, any gender and any ability for our mutual benefit,” Chaffin said.

QUAC is an adult, amateur, non-profit swim and water polo club that welcomes all adult participants, regardless of athletic level, age, gender identity or sexual orientation. The QUAC swim club maintains practice 360 days a year and a full schedule of practice times and locations for its swimming, water polo and multisport teams can be found at quacquac.org. 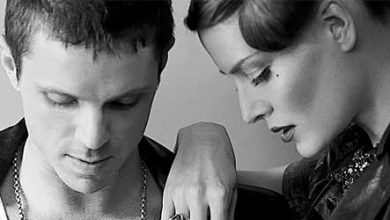 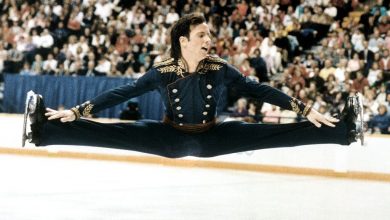