The Supreme Court ruled that the Westboro Baptist Church can continue to protest at military funerals. The court, in an 8-1 decision, said the anti-gay church has a First Amendment protection, even when using military funerals as a platform to protest the United States military’s stance on gays in the military.

The church members incite controversy as they travel the nation to high-profile funerals, such as the funeral held for Elizabeth Edwards, to carry signs and chant homophobic slurs. The church members recently came to Utah in order to protest a film at the annual Sundance Film Festival and a local high school.

While acknowledging that the protestor’s speech was hateful and did not contribute to public discourse, Chief Justice John Roberts said the speech could not be stifled.

“Because this nation has chosen to protect even hurtful speech on public issues to ensure that public debate is not stifled, Westboro must be shielded from tort liability for its picketing in this case,” Roberts said.

The lone dissenter in the court’s vote was Justice Samuel Alito who said, “Our profound national commitment to free and open debate is not a licence for the vicious verbal assault that occurred in this case.” 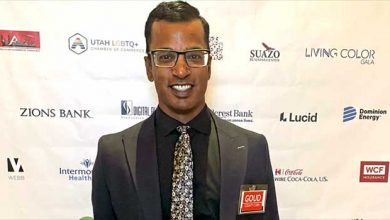 Study: Half of men who use dating apps engage in unprotected sex