The road to Idaho is fraught with danger and excitement.

Helpful hint: a queen should never wear taffeta when “shopping” at a video arcade. It’s just too high maintenance. I heartily recommend polyester. It doesn’t wrinkle when kneeling, and you can wash out those pesky “baby batter” stains.

So, you can imagine my immense twitter-pation last month when I had occasion to travel to Jerome for work. Excitedly, I filled the 25-gallon gas tank of Queer-Tanic, my 1975 Buick Electra land yacht, for the trip. At today’s gas prices I practically have to sell a kidney to afford to keep Queer-Tanic on the road. I was overjoyed, when on the trip northward, there was a fierce tail wind strong enough to assist Queer-Tanic in achieving her all-time best gas mileage of 12 mpg. But it was still not strong enough to dislodge my beehive hair, stylishly secured in place by two full cans of Aqua Net.

On the return trip, I was blissfully motoring along that truly godforsaken stretch of I-84 between Burley and Tremonton, singing along to “Dancing Queen” by ABBA, when I ran into a terrible, horrible, no good, very bad blizzard. And to make the experience even more compelling, Queer-Tanic’s heater/window defroster chose that exact moment in time to go colder than the icy stare of a drag queen who just missed out on the last free sample at the cosmetic counter at Nordstrom.

I pulled into a rest area next to a big truck being tended to by a hunky driver. I was grateful that I would, at the very least, have some hot inspiration during my moment of chilly desperation. I thought that if I wasn’t able to fix the heater, I would undoubtedly become the Ice Queen of Narnia. Or even better, carve out an igloo with the hunky truck driver next door and I could become a fashionable Mrs. Nanook of the North.

I deduced that Queer-Tanic must have a clogged heater core, the Buick-equivalent of an enlarged prostate, thereby restricting the free flow of fluid. So I stepped out into the raging blizzard, with the driving snow pelting me in the face hard enough to crack my Revlon facial foundation. I heaved open the heavy hood, revealing Queer-Tanic’s throbbing 455-cubic inch engine. Size queens be jealous! With a sensitive probing gaze, I located the hoses attaching the heater to the cooling system. I decided to detach the hoses and orally blow the clog. Desperate, and needing a screw driver to loosen the hose clamps, I was just about ready to sacrifice one of my Lee press-on nails for the purpose, when I remembered that I could use a dime instead. Glory be! I saved the nails! I grasped the flaccid hose firmly with my trembling hands, gently tugging.

I placed my quivering lips over the end of the hose to give it a puff. After several large breaths, in and out, manipulating “the prostate” faster and faster, my face growing redder and redder, and with one final gasp the hose gave a sudden shudder, and the situation came to a climax. A gelatinous blob erupted from the end of the hose, shooting past the front bumper and landing on the grill of the nearby truck as Queer-Tanic’s engine gurgled in relief. I could taste the saltiness of anti-freeze on my tongue. Wisely, I believe, on this occasion I chose to spit, not swallow. I quickly reattached the hoses and climbed back inside. To my delight, with the yellow fluid flowing freely once again, Queer-Tanic’s cabin interior was growing toasty warm in the afterglow. Oh, sweet mystery of life!

I glanced in the mirror to check my makeup and was mortified. The snow melting on my face had caused the mascara to run so that my eyes resembled something only a mother raccoon could love. Then I saw my black lips. They looked like I had either been rimming Count Chocula, or had mugged Elvira, Mistress of the Dark, for her lipstick. Apparently, heater hoses melt in your mouth, not in your hands. Thank goodness in princess training classes we were taught to always keep a large pack of wet wipes on hand. But miracle of miracles, the beehive hair survived unscathed. God Save the Queen!

The tale of a put-down

The Tale of Duck Envy

The tale of a tupperware party 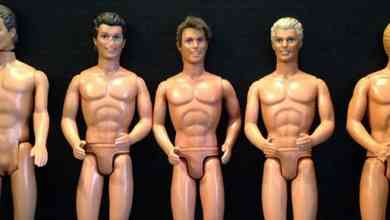