The Ogden City Council will reconsider two non-discrimination ordinances next week that were recently passed with a 4-3 vote. However, when the bills were passed, Mayor Matthew Godfrey promised to veto the bills that protect Ogden residents against discrimination based on sexual orientation and gender identity in the workplace and housing.

“The council members are having a lot of discussions with all parties involved,” said Brandie Balken, executive director of Equality Utah. “The ordinances are going to be reconsidered in order to give the city council another opportunity to give the ordinances more support.”

The reconsideration of the bills is an opportunity to garner more support for the bills and show all of Utah that the Ogden government wants to protect all of their residents, Balken said.

“Anytime these ordinances are discussed, especially in a public setting, is a very positive step,” she said.

The ordinances already include exemptions for religious organizations, companies with 15 or fewer employees and landlords that own four or fewer rental units.

The city council will meet at 6 p.m. on Tuesday, March 15 at the Ogden City Council Chambers. 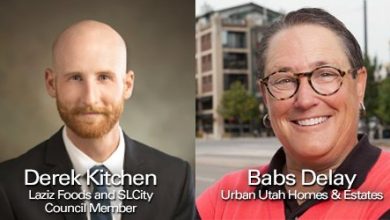