With civil unions, domestic partnerships and mutual commitment registries, the options for gay relationships are extremely complex. Even in states where gay marriage is not legal, there are differing laws and regulations for gay relationship recognition that can vary by county and city. Salt Lake City, for example, has a mutual commitment registry that is similar to domestic partnerships. Civil unions are now legal in seven states and gay marriages are legal in five states and in Washington, D.C. However, there are three other states that recognize, and grant rights to, marriages performed in other states.

With such a diverse set of laws, each relationship can bring a different set of requirements and legal differences, which is why the latest book, Making it Legal: A Guide to Same-Sex Marriage, Domestic Partnerships & Civil Unions, is an essential guide for all gay couples. Whether you are currently in a relationship or hope to be involved in one someday, this book is an essential guide for gay men and women.

“This book is perfect for anyone who is looking to be involved in a relationship,” said Frederick Hertz, the author of the book. “The book helps to not only map out the entire relationship, from partner selection to the wedding ceremony.”

Hertz is also the author of the definitive legal guide for all gay relationships called, A Legal Guide for Lesbian & Gay Couples. He said many gay people have a different perspective on long-term relationships than many straight people.

“When you sit around with a bunch of straight women talking about their dates, you often hear them say things like, ‘He’s just not marriage material.’ I don’t think you hear that very often with the gay community,” Hertz said.

One of the main purposes of the book is to help gay people realize that marriage is not just a way to gain benefits from a partner’s employment, it’s a responsibility, Hertz said.

“Marriage eventually will reach all 50 states, even Utah,” Hertz said. “Now is the time to start thinking about a relationship and working toward that goal. Marriage isn’t going to be a political statement. It will be a right. And one that should be taken very seriously.

The book can be read from cover-to-cover, or it can be used as a specific guide, just following the table of contents. It is extremely simple to look for a specific guide on your state or area.

The book is a comprehensive history of gay marriage and relationships in America and it outlines each battle through the state legislature and the courts. While working through the history, different state’s positions on same-sex marriage are outlined. As changes are made to the laws around the country, the book’s website is updated to reflect those changes. Also, a new edition is released every two years. The latest edition was released in January 2011. 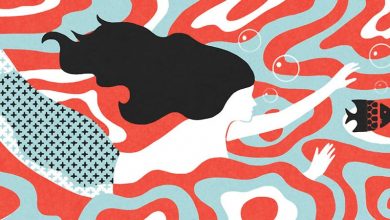