According to a 2006 article in Sunstone Magazine — a publication offering open and frank discussion on Mormonism — there are four “groups in the LDS orbit,” one of which is Borderlands Members: those who consider themselves faithful to and part of the Church but don’t fit comfortably in Group 1 (true believers, unwaveringly supportive, the acceptable).

Eric Samuelsen, local playwright and the head of the playwriting program at Brigham Young University, explores fictional “Borderlanders” in the play Borderlands, which is “about ‘coming out’ in Mormon culture — stepping forward, admitting who you are, telling the uncomfortable.”

Produced by Plan-B Theatre Company and directed by Jerry Rapier, the show relates four characters: Phyllis, owner of a used car lot; Dave, a down-and-out car salesman; Gail, an interested consumer; and Brian, who is Gail’s gay nephew and the lot’s mechanic.

Topher Rasmussen, who portrays Brian, says of the character: “Brian is a 17-year-old gay-Mormon car mechanic. He is, in many ways, a normal (if maybe a little bratty) teenager. He’s been sent to Utah because his parents are worried that he’s gay. Part of him resents this, so he can be a bit ornery, and outspoken. Though he is a smart ass, he is spiritually mature, and has a strong relationship with God. The fact that there is no place for him in the Mormon Church is very sad, but he accepts it and does what he can.”

Borderlands opens March 31 at the Rose Wagner Center, and runs through April 10. Playwright Samuelsen shares the inspiration for this exploration; his obsession, perhaps, with used cars; and of whom he is an unfortunate fan.

Tony Hobday: Describe the inspiration(s) for your writing of Borderlands.

Eric Samuelsen: My initial inspiration came from reading the Borderlands column in Sunstone Magazine. I think they’ve got an archive of old Borderlands columns on their website. Anyway, I found the stories in that column immensely inspiring and interesting, and I was taken with the idea of exploring that territory, the interstitial spaces in our culture. I don’t really see myself as a Borderlander myself,  but I have a number of friends who are, and I thought the whole thing was fascinating.

TH: As the setting is a car lot, what is the significance of the title?

ES: I love used car lots. I love the process of buying a car. It’s the one space in American commercial life that’s contingent. You buy a gallon of milk at Albertson’s, you pay what they charge.  But in a car lot, the listed price is merely the starting point for a negotiation. I love that. It’s a play about liminality, about contingency in general. And so I thought a car lot was the perfect setting for it.

I also loved the irony of sitting in an ‘honesty car’ in a used car lot. Car salesmen have a popular reputation for dishonesty, though I have to say, I think that’s a bad rap. It’s the one handshake business I know.

TH: Is your message universal, as in for those who are non-Mormon — will they get it, appreciate it?

ES: I hope so. I think most people want to present themselves to the world in certain flattering ways, and that there comes a point where we have to ruefully admit that we’re not, perhaps, quite what we present ourselves as being. I think we come out all the time, in all sorts of ways. Just the other day, I had to quaveringly admit to my son that I am (gulp) sort of a fan of Sarah Palin. Not, I hasten to add, that I think she’d make a good president or anything. But I think she has an authenticity most politicians lack. But in our family, admitting to an admiration for a tea party candidate is . . .  akin to apostasy.

ES: Far and away the biggest challenge we face at BYU — and it’s a challenge we share with the University of Utah and Utah State and Utah Valley University — is geographic isolation. Live theater has to be seen where it happens, when it happens, and we live in Utah — it’s hard to see the best off-West End ground-breaking new plays. That’s why our study abroad programs are so central and important.

I think my biggest accomplishment has been the wonderful young writers we’ve produced, who are in MFA programs and who are working professionally. Teaching is about working with great young students, and we’re just starting to see the fruits of our program, with wonderful young writers like Mattie Rydalch, Matthew Greene, Robert Gibbs, Elizabeth Leavitt — I could go on and on.

Borderlands was first read publicly at the 2009 Affirmation National Conference in Salt Lake City, and Plan-B is honored that the preview performance on Wednesday, March 30 at 7 p.m. is a fundraiser for the Salt Lake Chapter of Affirmation: Gay & Lesbian Mormons. Tickets for the preview are available at http://affirmation.org/borderlands or 801-486-6977

Tickets for the remaining run of BORDERLANDS (March 31–April 10) are available at 801-355-ARTS or http://planbtheatre.org. 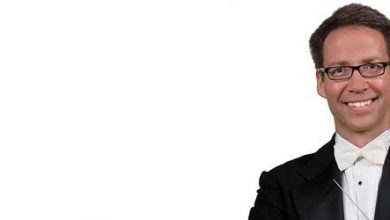