With revenue down more than 70 percent from just a few years ago, raising funds and making charitable donations are at a new low for Utah’s oldest LGBT charity.

There’s no doubt that the economy is in the tank, and that makes raising money for non-profits even more difficult, said Makayla Barrandey the president of the board of directors of the Royal Court of the Golden Empire.

“It’s tough. It’s a tough economy. It’s tough to raise money. People don’t want to part with what little money they have,” Barrandey said. “We’ve had a rough couple of years. We know that we’re struggling. But we’re going to make it.”

After more than 35 years of serving the community, the RCGSE is the oldest LGBT charity in Utah and is part of a national organization that was started in 1965. The group elects leaders with royalty titles and many of the events revolve around drag shows. But the group is much more than just a constant drag show; it also raises money for a variety of AIDS, cancer and scholarship funds.

But just like any other charity trying to stay alive during the recession, the RCGSE is hitting some major difficulties, Barrandey said.

Fundraising numbers are down. Donations to and from the RCGSE are down.

“We know we’re in trouble. But I have faith in everyone in the RCGSE and I know we can get out of this hole. I just know it. But it’s hard making up for a few really bad years,” Barrandey said.

According to public tax records and information obtained by QSaltLake from the Utah Division of Consumer Protection, Barrandey is right. The organization has been facing mounting financial difficulties since their 2008 fiscal year, which is also when the national and local economies took a turn for the worse. The charity operates on a fiscal year that ends in May.

But the money troubles didn’t stop there. The RCGSE began donating a smaller and smaller percentage of their total revenue to charities.

In 2005, 87 percent of all funds donated to the RCGSE were then turned around and donated to other charities, such as the AIDS fund. By 2008 that number had slipped to 56 percent. And by 2009, only about 35 percent of all funds donated to the RCGSE went directly to other charities, according to the tax records filed by the organization and the Utah Division of Consumer Protection. The Court was spending more money than it had in years, while bringing in the lowest revenue it had since 2004, the earliest year tax records are available online. The organization only donated about a third of its expenditures directly to charities.

When asked about the drop in percentage of donations, Barrandey pointed out that she was not in charge of the board during that time, but she challenged the validity of the numbers.

However, when QSaltLake contacted the emperor and empress, Austin Riley and Glen Gray, that helped run the organization during the 2009 fiscal year, they referred all questions to Barrandey. The current emperor, Earl Kane, also declined to comment when contacted.

“I am sure the numbers must be skewed,” Barrandey said.  “I don’t want anyone to think that the money the Court raises is going to the wrong place. But we have had to raise a lot of money to help fill the deficit.”

Barranndey said that she has focused on helping bring up the general fund deficit. However, when events are held to raise money for a specific charity, all of that money goes directly to that organization, Barrandey said.

“There is not, nor has there ever been, an exception to that rule,” Barrandey said. “It’s in our bylaws and we follow that very strictly.”

The amount being raised for charities is lower than in previous years because there is so much effort being put into raising money for the general fund, Barrandey said.

“With that big hole in our general fund, it’s hard to focus on raising money for anything else,” she said.

QSaltLake was contacted by multiple members of the organization that spoke on terms of anonymity who expressed concerns and said the organization has been facing an impending financial crisis for years.

When QSaltLake approached former board of directors member Stephen “Chevy Suburban” Bolinder, he said one of the largest issues facing the Court was budgeting. Despite a lack of funding, budgets and expenditures never change, Bolinder said. Expenses stay the same from year to year but fundraising is down, he said.

“You just can’t operate an organization with that plan,” Bolinder said.

Bolinder has been involved with the Court for more than eight years. He has served as co-vice president and has spent some time on the board. He resigned from the board earlier this year.

“I couldn’t sit there in good conscience watching everything,” Bolinder said. “When only 35 cents on the dollar actually goes to charity and we’re still ending up $5,000 in the hole, I need to know what’s going on. Where exactly is the money going? And no one could really answer that question.”

Money is not watched carefully enough and expenditures need to be monitored more closely, Bolinder said.

The current treasurer of the Court, Michael Bennion, told QSaltLake that the budget being used is the same as used in previous years, when more money was raised. But Bennion said the actual operating costs are much lower than the predicted budget.

Bolinder said he had contacted the leadership of the Court on multiple occasions to raise his concerns about the budget, but they were never resolved.

Barrandey said she, and others, realize that there is a problem and that measures have been taken to combat the problem.

“I am very concerned,” Barrandey said. “The 35 percent number concerns me. But we are making some cutbacks in pageants and advertising. We’re just not going to have pageants that are as ‘show girl.’”

Cary “Kyra from Hell” Hasler stressed that all the people involved with the Court are volunteers and that people are giving their time and money. Hasler was the empress in 2007, one of the Court’s most successful years in raising money in recent history.

“I am very concerned with the direction of the Court,” Hasler said. “We need to be focusing on charity. We need to find other ways to pay for all other expenses. We absolutely need to be giving more money directly to charity.”

Through cutbacks and corporate sponsorship, the Court could get back on track and back in the black, Hasler said.

The Court is a staple in the community and no one wants to see it fail, Hasler said.

“It’s a lot of hard work. It’s a lot of time and it’s a lot of drag queen drama,” Barrandey said. “But we can pull it back together. We just need more support from the community.” 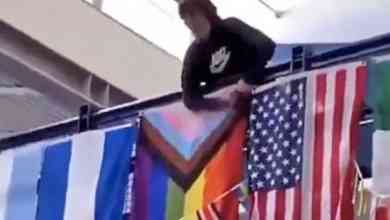 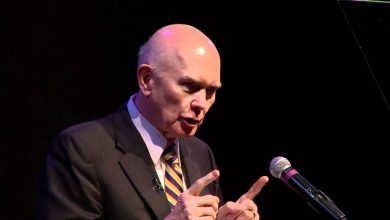 Utah Pride performer has top dance hit in the country 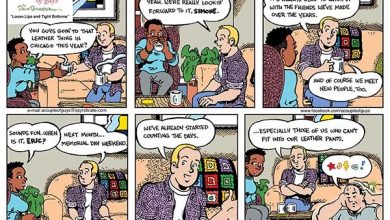