When I was a teenager up in Ogden, I came down to Finn’s Restaurant which was up at the top of 2100 South. My trip to Finn’s was for my senior prom. In a brick store-front with a motel behind, the non-glamorous façade belied the great cuisine going on inside. The old Finn’s Restaurant was an institution in Salt Lake for 47 years.

Young Finn, as he is called, now has a beautiful diner in Sugar House near the corner of 1100 East and 1700 South. Finn, a baker at heart, has held on to his Scandinavian heritage and fills his menu with awesome baked goods and old-fashioned comfort food. I’m always amazed at how little baking goes on in restaurants these days. Baking provides delicious and economical dishes to any menu and most people love house-baked goods. Many new eateries in Salt Lake could take a page from Finn’s book and add a few of these tasty items to their offerings.

I first went to Finn’s for lunch with my friends, Jeri Parker and Cill Sparks, who are the owners of Wildflowers Bed and Breakfast. I had a sausage omelet and my friends had a sandwich and the catch of the day. We enjoyed a gorgeous salad which was dressed with a small scoop of frozen Roquefort dressing — refreshing, beautiful and tasty.

Jeri, who was my high-school French teacher, ordered the scallops which had been sliced and then seared and topped with yummy sautéed veggies. The entrees were flanked by beautifully prepared new potatoes and steamed asparagus. Our meal was accompanied by house-baked onion rolls and Parmesan bread sticks. The portions were ample and the menu was written with breakfast items throughout the day, something I always love about diners. I knew right then I would have to come back for breakfast.

Last Friday morning, Brad Di Iorio and I went to Finn’s for breakfast. The place was full of people having both small and big breakfasts. The clientele was diverse, and young people had their lap-tops open doing whatever it is they do on their computers. We were met by a mature waitress who informed us that she had worked at the original Finn’s many years ago; she brought delicious coffee with a lot of kindness.

I ordered the sourdough pancakes and Finn told me he has been using the same culture for his sourdoughs since 1979. He uses it both for his pancakes and his bread. The batter for the pancakes ferments for 72 hours before it’s ready for the griddle. Sourdoughs have a very distinct texture and flavor and I was not disappointed. Brad had the Scandinavian-style French toast which is made with egg bread similar to the Italian Pantone. The bread was flavored with marjoram which added an exotic zip. Both the pancakes and the toast were served with heated syrup, real butter and fresh strawberries. My eggs were perfect as were the hash browns and the juicy sausage patty.

Finn and his wife run the diner as a team and this hands-on management is evident in every detail. I was very happy to find a new breakfast place in the city. If you haven’t been to Finn’s go soon. They’re only open for breakfast and lunch, but they are open 7 days a week. Finn’s wife is really into health and nutrition so she proudly showed us her avant-garde breakfast drinks. We tried the fresh carrot and the “green” drink made of all fresh, green veggies. Finn will also open up at night for catering to special events and parties, and the ambiance is perfect for that sort of thing.

Salt Lake gets some Zest 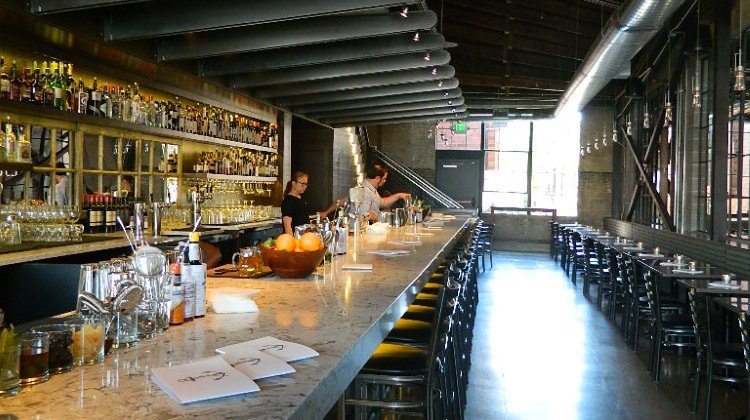