Plan-B Theatre Company’s current play, the world premiere, Borderlands, is a humbly honest representation of the human condition … well, with a twist – the Mormon human condition. Now don’t let this deter you from seeing this incredibly well-written tale about four LDS individuals in varying levels of faith, as they “come out” as their true beings on a used car lot.

“I think most people want to present themselves to the world in certain flattering ways, and that there comes a point where we have to ruefully admit that we’re not, perhaps, quite what we present ourselves as being,” says Eric Samuelsen, the playwright.  “I think we come out all the time, in all sorts of ways.”

Without any doubt, Samuelsen, a practicing Mormon, has scribed one of his finest plays to date; though he admits it was not an easy task, as it took several years to complete and was originally “chunky.” However, director Jerry Rapier, and the wonderful cast, make the production look easy – with a subtlety, a sort of quietness, that will make you feel a little nervous.

But the story is anything but subtle … or quiet. It’s filled with humor, experience and, most importantly, heart and soul.

Dave (Kirt Bateman), a used car salesman tries to dissuade Gail (Stephanie Howell) from buying a car off his lot. Gail believes his outright honesty is really trickery. But she returns to buy the car anyway, and learns that Dave’s forthcoming is a ruse, an attempt to get her to go out on a date with him.

“I don’t trust you,” Gail says while signing the papers. Then she returns to the lot day after day, and in between test drives, Dave and Gail share their deepest, and often darkest, truths while sitting in a car. Dave comes out as an excommunicated Mormon with an ankle monitor who lives in a shed on the lot; Gail comes out as a divorced LDS mother whose son is about to go on a mission that she’s not sure he should. She shares with Dave her conflict with certain areas of the Mormon belief system through course language and an air of impunity.

As Gail begins to trust Dave, she eventually asks him to hire her 17-year-old nephew Brian (Topher Rasmussen), who’s been recently shipped off to her in humiliation over his homosexuality. Though he’s a typical teenager – a pompous attitude and a need to challenge authority – Brian rattles Dave’s stereotypical notions with his vast knowledge of cars.

Phyllis (Teri Cowan), the lot’s owner, is an ailing, both physically and emotionally, staunch Mormon and is Dave’s sister. Her past tests her faith, her faith tests her humanity.

The conflict in Borderlands is within each character. And bringing out each conflict is brilliantly done so. You can literally feel Dave’s numbness; you can see the painful struggle between who Gail has been groomed to be and who she truly feels to be; you honestly believe Brian’s every word; and you wholeheartedly want Phyllis to find her faith again.

That’s the journey of Borderlands, one to and away from faith. The journey will definitely bring forth a little faith to even the least faithful. 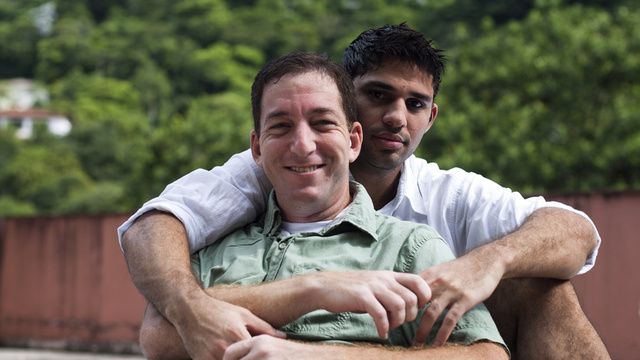 Book Review: ‘No Place to Hide: Edward Snowden, the NSA, and the U.S. Surveillance State’

‘Dottie – The Sister Lives On!’ receives a standing ovulation