After discovering that more than 40 percent of homeless youth identify as lesbian, gay, bisexual or transgender, the founding director of Operation Shine America knew she had to help. Chloe Noble started a national campaign to raise awareness and funds to help homeless youth, and the cornerstone event of the group is the National Shine Night.

On May 14, OSA is asking members of the community to wear purple and paint their hands purple to help raise awareness about the issue of homeless queer youth. Wearing purple is also a perfect way to begin conversations, Noble said. Helping raise awareness and funds can begin with a simple conversation with others, she said.

“In one of the richest countries in the world, it is unacceptable for homeless youth to have to endure the intense discrimination and dehumanization they experience every day,” Noble said in a press release.

More than 25 cities nationwide will be participating in the events and some of the events are expected to attract more than 300 people. After the day of awareness, an event with drum circles and a speech given by QSaltLake publisher Michael Aaron will take place at the Utah Pride Center from 6 to 9 p.m. A free dinner will also be offered as well as the opportunity to participate in different art projects to highlight the plight of homeless youth. Other speakers for the evening include Jude McNeil, Sue Ativalu, Preston Hamren and Missy Bird.

It will be the third annual National Shine Night, and each year it gets bigger with more and more cities participating and more attendees at the events, Noble said.

The need for more awareness and funds is very present, even in Utah, Noble said. With up to 42 percent of homeless youth identifying as queer, according to the Gay and Lesbian Task Force, this should be an issue that is especially salient to the gay community of Utah, Noble said. According to another report by the National Alliance to end homelessness, more than 40 percent of homeless youth are people of color.

“Homeless youth are an integral part of our community. We are demanding that they be treated with dignity. The courage and authenticity of homeless youth deserve to be honored and celebrated,” Noble said in a press release.

The event and organization that began in Utah is garnering national attention and is receiving endorsements from a variety of gay-rights groups. Some of the sponsors include GLSEN, PFLAG, GetEQUAL, GSA Network, Trevor Project, Coexistence Coalition and the NOH8 Campaign.

For more information and a schedule of events, go to OperationShineAmerica.org. 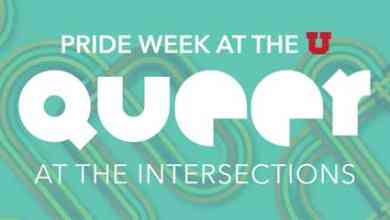 UofU to celebrate ‘Queer at the Intersections’