By landing the top spot on the chart she edged out other songs, such as “Til The World Ends” by Britney Spears and “E.T.” by Katy Perry. Deluna is no stranger to being a top performer in the world and her 2007 single, “Whine Up,” reached the top of international charts and was especially popular in Europe.

Her single, “Dancing Tonight,” has been on the Billboard charts for eight weeks now and was most recently at the second spot on the dance chart. However, the single has been invading dance clubs and iPods alike with a fury and is likely to continue the pace.

Deluna’s style is an infusion of R&B and Caribbean beats. She is a U.S. native with Dominican roots. With a loyal gay following she is currently on a tour of the U.S. performing in gay-themed clubs and venues.

To catch Deluna live on Saturday night, pick up Utah Pride Festival tickets for $10 each day, Saturday and Sunday. Ticket information and location for purchases can be found at UtahPrideFestival.org or by going to QSaltLake.com and clicking on the Pride 2011 section. Other performers for the Pride Festival include Expose, Justin Utley and Big Freedia. The parade’s grand marshal will be actress, comedienne and activist Roseanne Barr. 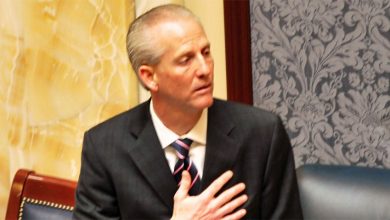