After six days of retching over the side of a fishing boat, pigging out on Dodger Dogs, witnessing large spreads of pate (don’t ask, it’s difficult to explain), gas-bombing giant varmints and being chastised for being too loud at noon on a weekday, I was really ready to take a vacation from my vacation. But alas, I had to rush into the office — my flight home from California was delayed for more than an hour — to put this issue to bed. After the fact, it wasn’t a big headache — although I was suffering through one at the time and cursing the California Lottery (20 tickets and not even a buck in return — those bitches!).

24FRIDAY — Returning to Utah, and not needing much of a introduction, is singer/songwriter Sheryl Crow. So now I’ll enthrall you with fabulous stories of bellybutton lint and dental dams. Ewww … just kidding. Anyhoo, Crow has won nine Grammys and the hearts of millions, and her concerts are rockin’, so don’t you dare miss out! Also, for a real good time with Crow, go plant a tree with her at Sugar House Park, between 1 and 3 p.m. (visit treeutah.org)
7pm, Red Butte Garden, 300 Wakara Way. Tickets $65–70, 801-585-0556 or redbuttegarden.org.

If you didn’t get a chance to see Beginners during the recent Damn These Heels Film Festival, now is another chance to catch the new film by director Mike Mills (Thumbsucker). It’s a less stereotypical “coming-out movie.” Christopher Plummer and Ewan McGregor play father and son in the heartfelt drama about love, loss, happiness and coming out later in life.
Hours vary, Broadway Centre Cinemas, 111 E. 300 South. Tickets $6.25–8.75, saltlakefilmsociety.org.

25SATURDAY — If you’re a big fan of booze and burlesque as a combination for great fun, like myself, then you’ll definitely go bonkers over Booze & Burlesque, a benefit for the Utah AIDS Foundation. The VooDoo Darlings Burlesque Troupe will be bawdy, bequiling, burly and boozing it up … OK, I doubt that last one, but I will be. Enjoy hors d’oeurves and cocktails and fabulous entertainment, all for a great cause.
6pm, Devil’s Daughter Bar & Grill, 533 S. 500 West. Tickets $25, 801-487-2323.

For a limited run, until September, the Salt Lake Acting Company’s tour de force, Saturday’s Voyeur, returns — and with it comes, once again, like pink eye on a chimp, the wonderful and sexilicous Alexis Baigue. This Voyeur re-materializes our Founding Fathers: Benjamin Franklin, Thomas Jefferson, Alexander Hamilton, and Patrick Henry as they come forth to straighten out the Beehive State. A few notable Utah characters include Ralph Pecker and Gayle Bazooka … oh, and Carl Dwimmer and Patrick Henry apparently get it on. Hot … and disturbing!
7:30pm, Salt Lake Acting Company, 168 W. 500 North. Tickets $39–54, 801-363-SLAC or saltlakeactingcompany.org.

3SUNDAY — Kicking off the Fourth of July weekend at Deer Valley is the indie rock band Thriving Ivory. The stunning quintet will likely move the entire mountainside with their good looks and dreamy voices. Remember “Angels on the Moon”? Lord have mercy, my nipples get hard just at the mention of the song. The Alternate Routes and A Silent Film open.
7:30pm, Deer Valley Amphitheater, 2270 Deer Valley Dr. Tickets $35–65, 435-655-3114 or ecclescenter.org.

I’ve heard that back in the day Gene could shoot off like a Komodo Dragon and leave little Jesse missing his Cherry Bombs for days. But alas, Gene can no longer even ignite a Sparkler in Cheesecake. But we must give Gene kudos for not giving up. Join the clan for an Independence Day BBQ, featuring burgers, buns, salads and condom mints; and special appearances by Gene as Abe Lincoln and Jefferson as Mary Todd … that should make your eyes bleed!
3pm, Club Try-Angles, 251 W. 900 South. Food tickets $2, 801-364-3203. 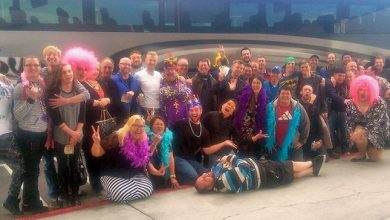 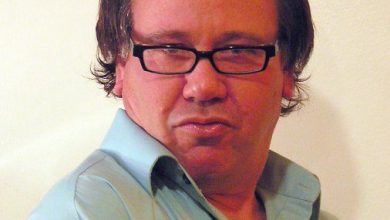 It’s All About U