The 35th annual Utah Arts Festival is one of the premier arts events of the Intermountain West and the country and this year’s event will be bigger than ever. The ArtFair SourceBook, which rates and reviews arts festivals around the nation, ranked Utah’s festival at number 14.

“Last year the festival was number 39,” the festival’s executive director Lisa Sewell, said in a press release. “We’re getting closer to our goal of cracking the top 10.”

As more and more acts and artists are added to the festival, it attracts an even more diverse crowd. From June 23 to 26, Washington Square and the Salt Lake City Library will be covered with art, stages and people appreciating some of the best local and national artisans. Last year’s festival attracted more than 80,000 people and this year’s festivities are expected to be larger and attract even more.

The festival will have a terrific lineup of performers including the Young Dubliners, Blame Sally, Kinetix and Fictionist. Also, Utah’s own Ballet West will be performing all four nights of the festival, thanks to a grant obtained by festival organizers. It has been five years since Utah’s leading ballet dance company was featured by the festival.

There will be 159 artists, which is the most the festival has sponsored, said Eugenie Hero Jaffe, the Utah Arts Festival public relations coordinator. The festival will feature 49 local artists and 110 from outside of Utah. Some of the featured artists include Harold Wallace, Liza Julien, William Hedgecock, Amber DeBirk, Beth Fischer and Juli Adams.

International cuisine will also be offered and there are nearly 20 food vendors selling a variety of food and drinks from around the world.

“This is going to be our biggest and best festival ever,” Jaffe said. “We’re so excited for our 35th anniversary and this year’s festival has all kinds of new attractions.”

Along with the Kids Arts Zone and Urban Arts Area for teens, the festival will feature different glass blowing and other interactive art displays for adults.

“We found that there was something missing for those who weren’t toddlers or teens but still wanted to participate in some of the projects,” Jaffe said.

Other new events and attractions include a comic book class from Night Flight Comics, a film festival for children and an Art Attack 5K run and costume contest.

On Saturday, June 25, the festival will sponsor a fun run in Sugar House Park that will include a costume contest themed, ‘Art in Motion.’ Uinta Brewing Company will have a unique beer that will be highlighted and sold at the festival called The Arts Fest Amber. Uinta is also pairing with Utah Food Services to offer a beer and wine selection and tasting.

The film festival is themed, ‘Fear No Film’ and it features shorts from filmmakers around the nation on a few specific topics. This year the films will be focused on history, tragedy, dance, astronomy and sacred storytelling. The festival will also feature a competition to find the best short film in Utah.

The festival highlights the best performing and visual artists in the area, Jaffe said. The level of talent is elevated each year with new additions to the festival and more exhibits and areas to display the art, she said.

“We hope to bring even more people than last year and we’ve been working really hard on getting the word out,” Jaffe said. “Each year we hope to get bigger and better.” 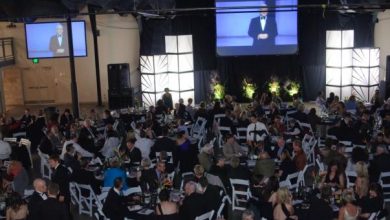