Singer talks being butch, out and the first gay country star (before Chely Wright)
By Chris Azzopardi

k.d. lang is manning up, and here’s why: Lady Gaga, Katy Perry and all the other sexpots of pop who shoot whipped cream from their chests and ride disco sticks. In a recent interview with lang, a longtime gay activist and singer of the purest form who turns 50 later this year, she told us how her decision to boost her longtime butchness was a rebellious choice.

The look is evident in “I Confess,” the lead single from the recently released Sing it Loud; her first record made entirely with a band in over 20 years ago features her sublime voice in all its glory.

The singer chatted about the album’s evolution, how being the first out country star doesn’t matter (she doesn’t even know who Chely Wright is), and why she’s proud to be part of Glee.

Chris Azzopardi: Why did you approach Sing it Loud with a fuller sound and, for the first time in a while, a band?

k.d.L: It just seemed to be the right thing to do. It was just what I was feeling. I was working with Joe (Pisapia), writing songs, and it came time to record them and I just felt like the band was the right way to approach it — very live and spontaneous and kind of rock. We put the band together and it was beyond my wildest dreams what transpired. We recorded eight songs in three days and the love in the room was palpable, and the communication and the magic was just extraordinarily creative.

There’s lots of love on the album. What inspired all of it? We wanted to write something that was unpretentious and uplifting and made the listener feel good, and it felt good while we were playing it. It’s not really an autobiographical record because it’s highly collaborative.

CA: How will the new songs translate to a live venue?

k.d.L: I really believe that the energy that we feel for each other and for the music will translate to the audience — at least I’m hoping, but I’m pretty sure it will.

CA: Explain the line “I’ll be your daddy” on “I Confess.”

CA: Definitely, but how did it come about? Was it your line?

k.d.L: We were just sitting around and I said to Josh (Grange) and Daniel (Clarke), whom I wrote the song with, “I want to write a Roy Orbison song.” It just started coming out of us, and I was just kind of riffing on lyrics and fooling around — “I love you madly,” and I just went, “I’ll be your daddy,” and Josh is like, “Oh my god, that’s so cool. You have to keep it.”

CA: How do you think that line would’ve been received had you recorded the song 20 years ago when you first came out of the closet?

k.d.L: Probably the same as now. I think there’s going to always be people who feel uncomfortable with it and there’s always going to be people who are titillated by it. You just have to know that’s going to be the case for a long time.
Would you say you’re embracing your butchness more than you used to? Yeah, this music really asks for it. I also think that the aesthetic nature of today’s music, with people like Lady Gaga and Katy Perry — not that it’s new, it certainly isn’t; I know better than that — being very exaggerated, I thought, I can exaggerate too. (Laughs)

CA: You mention the aesthetic of performers today, which seems to be more important than vocal talent these days. But you’ve always been about the voice. What do you make of the way the music business has shifted in the way it sells music?

k.d.L: It’s kind of the direction it’s been going. If you’re really a historian you can probably go back to television, to video, to multimedia and see how it sort of extracted it from its purist form, which is making music. Now you’re on camera every single time you open your mouth. I’m surprised someone isn’t video taping this interview for the web. (Laughs)

I actually think it’s boring because everything is so overexposed. But it’s fine; it is what it is. I’m not going to be one of those people going, “Oh, it’s gotta be like it used to be.” I think it’s relative and it’s the evolution of the way things are. In terms of music, there is always going to be a place for someone who can sing and someone who can communicate with an audience. I don’t think that will ever be in danger because that’s what separates the cream from the crop. If you can walk on stage and really deliver, yeah — you can’t fake that.

CA: Did you ever feel pressure to conform in your career?

k.d.L: That would depend on what I wanted to reap from my music. I’ve always been quite sure that I wanted to have a more artistic career and a career of longevity, so in that respect, no. I’ve made decisions that have nurtured my art rather than my public awareness or my celebrity. That’s been self-determined, so no, I never felt the pressure.

CA: So do you think people who nurture their celebrity status are less likely to endure than people who don’t?

k.d.L: I don’t know. I wouldn’t say less likely. You get what you get; it’s fate. You either have a huge amount of success at the beginning and then your career kind of dwindles, or you have something kind of consistent like me and it goes for years and years, or you work really hard and nothing happens and then you explode later on in life. I don’t really think that one is better than the other.

CA: If you hadn’t come out publicly at 30 and you were still closeted, how do you imagine your life and career now?

k.d.L: I can’t imagine because I was always out, and coming out wasn’t really a big deal for me just because I was living out to my family and in the world for a long time. But it certainly made things easier. I can’t imagine what it would be like, but at the same time it’s definitely made my life easier just because it kind of stripped away the question marks in the audience’s minds or the business mind — the sort of public understanding of who I was. It took away any pretense or any question. So even though in some circumstances it’s more difficult, it’s definitely open and honest, so in that respect it makes it so much easier.

CA: There was this big hoopla when Chely Wright came out last year as the first gay country star, because there was the argument that you beat her to it. How did you feel about all that?

k.d.L: I don’t know who Chely Wright is. But I don’t care. I mean, to a whole generation of people who know Chely Wright, they probably don’t know who I am, so to them it is the first country star to come out. (Laughs) I don’t really care who’s the first, who’s the last, because before me there were a lot of people that helped get me to a place to feel confident and comfortable with coming out.

CA: When you look back at the films that you’ve done in the past, like “Eye of the Beholder” or “Salmonberries,” what do you think? Do you watch them?

k.d.L: No, I don’t watch them. (Laughs) I don’t watch a lot of movies, and if I were to watch a movie, I certainly wouldn’t pick one of mine.

CA: Last year you lent your voice to a song on a Glee soundtrack. Would you ever do the show?

k.d.L: I don’t know. I don’t really watch Glee, but I know it’s very popular and very gay friendly, which is great. And Jane Lynch is hilarious. So I guess if they asked me I would consider it, but I’m really happy that I could be a part of something that’s supportive and promotes alternative and varying lifestyles. 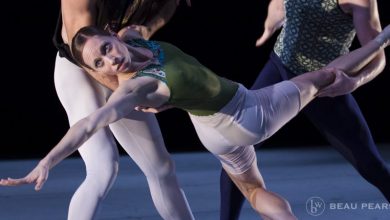