“This state, when it is at its finest, is a beacon of justice,” Cuomo said.

Twenty-nine of the Senate’s 30 Democrats voted for the bill, along with four of the body’s 32 Republicans.

Some activists said New York’s legalization of same-sex marriage marks the end of the road for the anti-same-sex-marriage movement, which took away
gay people’s right to marry in California in 2008 and in Maine in 2009, removed from the bench Iowa Supreme Court justices who legalized same-sex
marriage there, and persuaded a majority of U.S. states to ban same-sex marriage by law or in their constitutions.

“Now that we’ve made it here, we’ll make it everywhere,” said Freedom to Marry President Evan Wolfson, calling it an “epic win.”

“There’s no doubt that today will be revered as a major turning point in civil rights history,” said American Foundation for Equal Rights Board
President Chad Griffin. “A bipartisan group of legislators have affirmed that equal rights for every citizen is not a partisan issue, but an
American value.”

AFER is behind the federal lawsuit against California’s Proposition 8, via which voters re-banned same-sex marriage in 2008. The state constitutional
amendment was struck down as a violation of the U.S. Constitution in 2010, but the ruling is now stalled in the federal appeal process.

“This victory sends a message that marriage equality across the country will be a reality very soon,” said Human Rights Campaign President Joe
Solmonese.

National Gay and Lesbian Task Force Executive Director Rea Carey said the legalization of same-sex marriage in New York “honors New York’s unique
history as being the place where the modern gay rights movement sprang to life 42 years ago this month at the Stonewall Inn in New York City — a
place where lesbian, gay, bisexual and transgender people stood up and ought back for their dignity and rightful place in society.”

“It’s a turning point,” he said. “This is a significant and tremendous loss for NOM (the anti-gay activist group National Organization for
Marriage). In many ways, it takes the wind out of their sails.”

The White House issued a tepid statement saying: “The states should determine for themselves how best to uphold the rights of their own
citizens. The process in New York worked just as it should. … The president has long believed that gay and lesbian couples deserve the same
rights and legal protections as straight couples.”

President Barack Obama has refused to come out in support of same-sex couples’ right to marry, saying he prefers “civil unions.” He has said,
however, that his views on same-sex marriage are “evolving.” In recent days, the media has again highlighted the fact that in 1996, when he was
running for the Illinois Senate, Obama told the Chicago gay newspaper Outlines, “I favor legalizing same-sex marriages, and would fight efforts
to prohibit such marriages.” See tinyurl.com/obama1996.

In New York City, at least 1,000 people took to the streets in celebration outside the Stonewall Inn in Greenwich Village. When police made an early
attempt to clear the unauthorized street party, those gathered reportedly chanted, “We’re here, we’re queer, we’re fabulous, don’t fuck with us.”

New York has no way for voters to undo laws or amend the state constitution. The only ways to re-ban same-sex marriage in New York would
be to pass a repeal measure through the Legislature or call a constitutional convention. Both possibilities are extremely unlikely.

Eleven other nations allow same-sex couples to marry — Argentina, Belgium, Canada, Iceland, the Netherlands, Norway, Portugal, South Africa,
Spain, Sweden and Mexico (where same-sex marriages are allowed only in the capital city but are recognized nationwide).

Rick Warren’s Inauguration Speech to Raise Money for Gay Cause 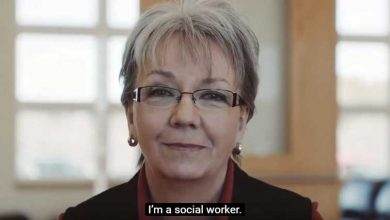