Members of the queer community in Utah may face a tough decision for whom to place their votes and pocketbooks during the 2012 presidential election. With the recent announcement of former Utah Gov. Jon Huntsman as a potential for the Republican nomination, members of the LGBT community in Utah will have the option for a friendly and familiar face on the Republican ticket.

While there are no official endorsements from any caucuses or groups within the Republican Party yet, the Utah Log Cabin Republicans worked with Huntsman when he was governor, and are ready and willing to work continue that relationship, Melvin Nimer, the president of the ULCR, said.

“Huntsman was the first governor of Utah to open up the governor’s mansion to the LGBT community,” Nimer said. “They [the Huntsman campaign team] have reached out to get some help from us and some people within the group are working with him.”

The Republican field of candidates is opening up to an increasingly diverse crowd as more and more money is starting to flow from wealthy LGBT conservatives, Nimer said.

“If they [the candidates] want support from the LGBT Republicans, they’re going to have to start showing some support for us,” Nimer said. “But it is increasingly moving that way.”

Huntsman has voiced his support for civil unions and other equality measures such as non-discrimination protections for members of the LGBT community. However, he has not gone so far as to endorse full marriage equality and he supported a 2004 measure that added an amendment to the Utah constitution banning same-sex marriages.

“I am where I am on civil unions. Some will like it. Some will not … We have not done an adequate job in terms of equality and fairness where it comes to reciprocal beneficiary rights,” Huntsman told talk-show host Sean Hannity.

Despite pressure from many gay-rights activists, President Barack Obama has not yet publicly supported full marriage equality and his stance on civil unions is very similar to that of Huntsman’s.

As public opinion sways toward supporting pro-LGBT legislation, more and more Republicans are coming out in support of civil unions, non-discrimination laws and a more equal taxing structure, Clarke Cooper, the executive director of the Log Cabin Republicans, said.

“One of the interesting things we saw with the repeal of ‘Don’t Ask, Don’t Tell’ was that there was almost no political backlash from the Republicans that supported it,” Cooper said. “A lot of Republicans are starting to notice the sway in public opinion toward more equality-minded legislation.”

While no official meetings have been held between Cooper and the Huntsman campaign, Cooper said the national organization of the Log Cabin Republicans is very open to supporting a bid.

“I always like to remind the Republican congressmen I work with that if you want to keep the 18 to 34 aged voting blocs, which is essential for any party, you can’t be seen as a party that ostracizes an entire group,” Cooper said.

The Republicans that are open-minded and supportive of civil issues are reaping benefits that other Republicans can’t deny, Cooper said. And the potential for growth for Republican LGBT voters is enormous, he added.

While both Huntsman and Obama have similar stances on queer-rights issues, there will be no official endorsements from the Log Cabin Republicans until the delegate is selected in 2012, Nimer said.

“We’re becoming more of a voice to be reckoned with than we ever were before and we’re finally being seen as a real force within the Republican Party,” Nimer said. 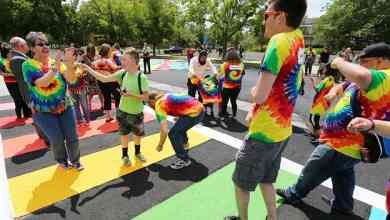 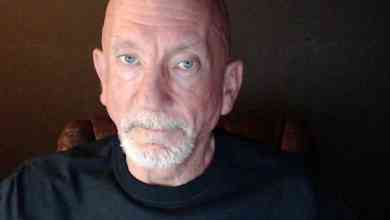