When Brokeback Mountain, the award-winning film about two gay cowboys, was first released in Salt Lake, it was screened at only one movie theater in Utah, at the Broadway Centre Cinemas. The film broke all previous box-office sales and attracted hoards of moviegoers, gay and straight alike, said Tori Baker, executive director of the Salt Lake Film Society, which runs the Broadway Centre Cinemas as well as the Tower Theatre.

The commercial success was quickly noted by the management of the Larry Miller Megaplex Movie Theaters and was picked up to screen on the second weekend at select theaters. However, after the topic of the film was discovered, it was pulled from the docket and found to be too offensive. This was the same weekend the thrasher film about torture and human mutilation, Hostel, was widely released in the theaters.

“If it weren’t for the film society, there would have been no place to see Brokeback Mountain in Utah, despite an enormous desire from the members of the community,” Baker said. “And that is the exact purpose we want to serve: provide content that is free of commercial and other constraints that meet the needs of community access to artistic expression through film.”

The film society was founded a decade ago on the principle that communities and people who do not have their voices recognized in traditional, mainstream theater would have an avenue to show their films, Baker said.

“We focus on films that look at issues of social justice, ethnic pockets and LGBT cinema,” Baker said. “LGBT cinema has always been a huge priority for us and I think it is as relevant as ever and we will continue to have that voice in our programming.”

Along with an impressive selection of LGBT-oriented films in the regular showings, the film society sponsors a free film series for LGBT movies once a month at the Tower Theatre. The society is also a sponsor to the LGBT-themed film festival, Damn These Heels, and the world-renowned Sundance Film Festival.

“It is so important to have a place where these films can be shown and we hope the community really gets behind and supports us,” Baker said. “Every time someone purchases a ticket to a film, they are supporting the independent film. But there are other ways to get involved.”

The film society has sponsorship levels which provide discounted admission, private screenings and other perks. To find out more information and get involved, go to SaltLakeFilmSoceity.org. 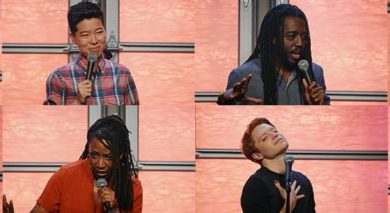