Seventeen gay and lesbian cyclists and allies, registered officially to represent Team Try-Angles in the 2011 Harmon’s Best Dam Bike Ride, the annual two-day cycle event benefiting the National Multiple Sclerosis Society. The ride took place June 25-26. At press time, the team had raised $6,659, besting the amount raised in the past four years that Team Try-Angles has participated in the ride.

The local MS chapter also celebrated their 25th anniversary of the Utah ride with more than 2,800 participants and raising more than $1.4 million. Cyclists still have until July 29 to collect donations.

”This year we had 17 people registered to ride and ended up with 13 participating in the event,” Brandon Dillon, team captain, said. “Each rider is required to raise a minimum of $250 in order to participate in the ride. Gene Gieber at Club Try-Angles, who has several family members affected by MS, donated $25 to each rider who participated in the ride.”

“We were able to hold a team fundraising party in mid June at Club Try-Angles where we raised over $500, which was split among the team members and went directly to their individual fundraising efforts.” Dillon said. “The wet spring put a damper on most everybody’s training and we weren’t able to hold any team training rides like we have done in past years.”

The ride takes place each year in Logan, Utah, beginning at the Cache County Fairgrounds, where individual cyclists, teams and their support volunteers camp overnight for an early Saturday morning start at 7 a.m. The ride is fully supported with rest stops every 10 to 15 miles and a stop on the course for lunch. If a rider cannot make that day’s route, they are picked up on the road and taken back to camp.

“Saturday’s participants had the option of riding 40 miles, 75 miles or a century (100 miles). The majority of Team Try-Angles’ riders chose the 75-mile option, and some even tackled the century,” Dillon said. “The course on Saturday is mostly flat and heads north from Logan, into Idaho, then heads south back to Logan.”

After Saturday’s ride, participation on Sunday decreased significantly, but Dillon said about half of the team rode either a 40- or 75-mile ride. The 75-mile ride took cyclists up the Blacksmith Fork Canyon to Hardware Ranch, then back west over the Hyrum Dam and back into Logan.

Each participant in the event receives a T-shirt, but those that raise more than $600 receive a MS Spokes Club cycling jersey. This year, Dever, Frost, Manfull, and Dillon earned a jersey.

“Right now it looks like we are ranked in the Top 20 in the Friends & Family category,” Dillon said, referring to non-corporate team rankings. “For the size of our team, it is a respectable amount and shows the dedication our team has to raising money for such a great cause.”

“Team Try-Angles is primarily associated with the Harmon’s MS Ride. Cycle Out was created by Wood to get those in the LGBT community involved in cycling and raise awareness of other cycling events,” Dillon said. “Larry Lee, who is a member of Team Try-Angles, is organizing the Ride For Life which is a charity ride to benefit the Utah AIDS Foundation.”

Sponsors of the bike ride included X96 disc jockeys who emceed a Saturday night program that honored long-time participants and recapped the early years of the Utah ride that has grown from 100 riders raising several thousand dollars to nearly 3,000 riders who raise more than $1 million annually. Over the 25 years, Utah’s Bike MS has had more than 30,000 participants who have raised more than $12 million.

Bike MS is the largest organized cycling event in the United States, with more than 100 rides in 48 states and nearly 100,000 cyclists raising more than $85 million a year. MS is a disease of the central nervous system that interrupts the flow of information within the brain and between the brain and the body. More than 400,000 people in the US are affected by the disease and Utah ranks as one of the states with the highest incidence rates, affecting one in 300 in the state. 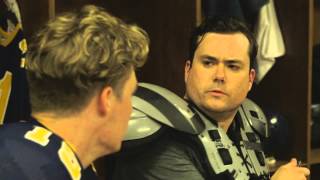