The Human Rights Campaign national ‘On the Road to Equality’ bus tour promoting equal rights will kick off in Utah on Aug. 12 and visit 17 cities in 11 states over 12 weeks. The bus tour will focus on areas where there are no state-wide nondiscrimination laws.

The tour will feature educational seminars, legal documents for families and community forums in an attempt to raise more awareness about the difficulties members of the gay, lesbian, bisexual and transgender community often face.

On Aug. 12, the bus will stop at the Utah Pride Center, 355 N. 300 W. in Salt Lake City, for a meet and greet with HRC President Joe Solmonese and other officials. Then join the bus for refreshments and take part in the ‘On the Road to Equality’ video.

“We are in the midst of a cultural tipping point on lesbian, gay, bisexual and transgender issues and our job is to push the scale as far and as fast as we can toward fairness,” said HRC President Joe Solmonese in a press release. “The tour will serve as a powerful visibility tool and support the work of creating real and lasting change in these communities.”

“The poll shows Americans believe in fairness but also that we have a long way to go in realizing that goal,” said Solmonese in the press release. “Our efforts on the road this summer and fall are a first step in bridging the gap between where LGBT people are now and achieving the dream of equality to which the vast majority of Americans aspire.” 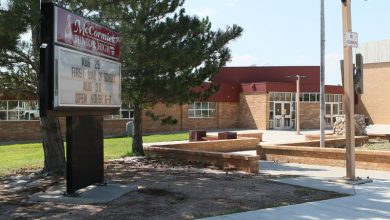