Sometimes it seems that lesbian-themed nights at local bars change more often than a drag queen’s wig. But one Salt Lake City woman is trying to fix that, with an event she is calling Lesbian ATTACK! Melanie Bushnell said she got the idea from similar events in Los Angeles where lesbian and bisexual women would pick a typically straight bar, organize a Facebook event and attract hundreds of queer women into the bar.

The first Lesbian Attack! will be held Aug. 13, at 9 p.m. But people will be coming and going all night. The location of the bar will be announced on the Facebook event page a week before the attack.

“In no way is this to protest a bar or try to scare any straight people,” Bushnell said. “It’s just for fun and it is really a great alternative to the traditional lesbian scene in Salt Lake.”

The event is designed to function similarly to a flash mob, and the bar will not be alerted beforehand about the gathering and all the organizing and announcements are made on the Lesbian Attack!  Facebook page.

“The girls will just sort of show up and take over the bar,” Bushnell said.

There will be mixing, mingling, drinking and just having a gay ol’ time in a bar that is not traditionally lesbian-themed. However, the bar selected will be one that is friendly to queer causes.

“I think it’s really terrific that Salt Lake can support a full-time lesbian bar like the Paper Moon. But that’s just not my scene and it’s not the scene for a lot of girls I know. I thought it would be fun to do something a little different,” Bushnell said.

The attack will be held on a regular basis, depending on response from the community. To stay updated, go to tinyurl.com/lezattack. 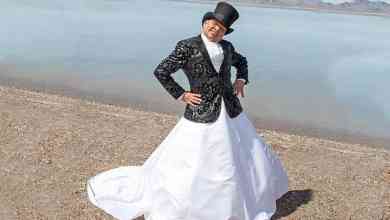