Several weeks ago I was poking around on Utah’s Digital Newspaper website and found that they had just recently added Salt Lake Community College’s student newspapers from 1959-2011. Being the nerd I am, I spent several days copying any articles that dealt with gay issues.

I will be the first to admit that I knew very little of the gay student clubs at SLCC. I never attended SLCC and I knew few gays that did. Unlike the Queer Student Union at the University of Utah, the organizational memory of SLCC’s gay clubs is sparse due perhaps to the fact that it’s a two-year college. There is no long-term institutional memory. What I found interesting is that SLCC’s gay clubs were sustained more by their faculty advisers than by the students in their early history.

From what I was able to glean there appears to be four distinct periods when gay clubs were established on campus: two from the Utah Technical College days and two from the Salt Lake Community College era. They were the Gay Service Union (1979-1980), The Lesbian/Gay Student Union 1986-1989, The Gay and Lesbian Association (1992-1995) and Coloring Between the Lines (1997-present) This column’s focus is on the Utah Technical College’s clubs.

On Oct. 17, 1979 a survey was taken at “UTech” where students were asked what they would like to see on campus in the way of clubs or organizations. A list was compiled of clubs that were not already formed and these were published in the Nov. 5 Issue of Points West, the student newspaper. On this list was “Gay Services” in which some students and faculty expressed an interest as “an organized meeting oriented toward social progressives.”

Rumors immediately spread that someone was starting “a gay-rights movement on campus.” A student editor named Skip, who had initiated the move for more clubs on campus, wrote in an article titled “Is It Queer?” saying, “Not true. This doesn’t mean that hoards of screaming drag queens want to flood the campus or degrade the honour [sic] of our system.” He promoted the new club for homosexuals because “it seems more civil to let them meet in a progressive manner than going to bars for a one-night trick or going to the park and getting mugged. And if the gay students on this campus can be decent about it and make it work, they deserve at least our lack of antagonism or harassment.”

Seven signatures were required to create a new club which the Gay Service Club managed to do. The first meeting was held Nov. 23, 1979, about two years after the first Gay Student Union was formed at the University of Utah. The GSU never really got off the ground. It had already disbanded by spring of 1980 when an article dated March 3 reported; “Only two members showed up, a young male cosmetology student and a female mechanic who wore a tattoo that read ‘Support your local Roller-derby Team.’”

It wasn’t until six years later that another gay club was attempted at UTech but this time the main organizers were gay people. The Lesbian/ Gay Student Union was established during Utah Techical College’s transformation into today’s Salt Lake Community College. Alma Smith and Cecelia Anderson, in March of 1986, formed the LGSU, and in a letter to the editor dated March 12 they wrote: “There is a small but determined effort to establish a chapter of the Lesbian and Gay Student Union (LGSU) on campus. The purpose of this organization is to help educate those interested in the issues facing sexual minorities. Another goal is to help homosexuals and bisexuals in dealing with their feelings, the isolation they will feel and the prejudice they face.” Smith had been a founding member of a Salt Lake Chapter of Affirmation and as a student at UTech, he felt that out of a student population of 8,000 there should be at least 400 gay students on the Redwood Campus.

On March 31, 1986, LGSU presented a petition to the college’s student senate to be officially recognized. All other clubs that had petitioned the senate had been accepted, but the LGSU petition stirred a debate wherein the senators voted 7 to 6 to deny the club official status. This was the first club in the school’s history that had failed to receive recognition. Anderson threatened to bring legal action against the school and even made a false claim that the ACLU of Utah had agreed to file a suit. When this claim was corrected by the ACLU, Anderson had to step aside leaving Smith to battle for official status.

There was an outpouring of anti-gay sentiment during that spring term at UTech. Marguerite Millet, a student senator, claimed that the club would bring “nothing beneficial to the school, but it will use money needed for useful purposes and could be a medium for the spread of AIDS at the school.” Kathy Shea and Jeff Neal wrote a letter to the Points West editor stating, “Cecelia Anderson and Al Smith have referred to certain statistics and traits which are supposed to mandate how many and who are supposed to be gay. They call out to those without friends or of low social standing. If we study and examine tactics practiced by recruiters of drug addicts and terrorist groups the methods would show to be the same used by these letters.”

Because of the threat of a law suit, the senators met to recognize LGSU as a student club for a second time. Curtis Smout, college center director, spoke to the senators and told them that according to their own bylaws they must “legally recognize the club.” He stated, “It’s not a moral issue but a legal issue.” However, student senator Bob Baird countered Smout’s claim saying, “homosexuality is illegal in the state and recognizing this club would indeed promote an illegal act.” The student senate voted this time 11 to 4 to approve the club.

Ron Davidson a contributing writer for Points West took up the cause for recognition. He wrote several articles critical of the editors of the newspaper who were on the student senate and had voted against recognition. He called it a serious conflict of interest that damaged the credibility of the paper. He alleged that “during the past couple of weeks there has been a lot of talk around campus regarding the Lesbian/Gay Student Union. There has been discussion in public meetings but very little in the campus newspaper.” He called for the student editors to either resign from the newspaper or the senate.

In May of 1986 The UTech Student Senate met to vote for the third time on recognition of LGSU as an officially sanctioned student organization. Judd Morgan, dean of students was the main voice in a closed meeting to discuss the opinion of Utah’s State Attorney General on the matter. Reporter Ron Davidson commented that the meeting was closed to save embarrassment to any senate members. This time the vote was 10 to 3 in favor of recognition. Millet one of the three hold-outs stated, “I can’t approve anything that is against the teachings of the Lord Jesus Christ.”

Smith served as the first President of LGSU for a year before graduating in 1987. On May 21, 1987 the LGSU elected Richard “Ragnar” McCall as a new club president who also served a full term. But after him leadership became sparse and the LGSU  folded about 1989 from a lack of support and interest, and students moving on with their lives.

Steve Holbrook and 35 years of KRCL 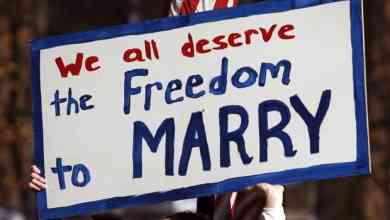