Among the thousands of people who heard wedding bells in New York on July 24, the first day same-sex marriages were allowed in the state, was a couple from Utah. Jerry Rapier and Kirt Bateman officially tied the knot after more than 15 years of dating.

“It was really a last-minute decision,” Rapier said. “We were going to be in New York the weekend marriages were made legal and we decided to see if we could get into the lottery.”

Rapier and Bateman joined the throngs of people in the city celebrating a step forward in marriage equality. Because there were so many people that wanted to be in the first wave of same-sex marriages in New York, there was a lottery where people entered their names and were chosen at random for marriage licenses.

Rapier, the director of Plan-B Theatre Company, and Bateman, the director of the Davis Arts Council, met at the Desert Star Playhouse in Murray, and after two weeks of dating they moved in together. Lovers of the arts, the pair travel to New York frequently to see musicals and plays. When they heard they’d be in the city the same weekend gay marriages would be made legal, it was kind of like a sign, Rapier said.

“We’d talked about marriage before and during the brief window that it was legal in California, we had considered getting married, but we didn’t move fast enough,” Rapier said.

On Thursday, July 21, the happy couple found out they were one of 400 couples to receive a marriage license. On Sunday, July 24, they were married in Manhattan.

“It was such a wonderful feeling. The entire city was electric,” Rapier said. “Even though the lines were huge, everyone was so happy and no one was complaining. Most of the people working in the courthouse were volunteering their time on a Sunday morning. They didn’t even have to be there.”

Marriages were taking place all around the city; in parks, on bridges and even on the stage. After the Sunday night performance of Hair, a musical about sexual and societal rebellion, the cast celebrated a much more traditional institution than normal as three gay couples were married.

However, just one day after the jubilation in the state, the gay marriage law was faced with its first legal challenge. An anti-gay law firm filed a suit claiming that the New York legislators used a corrupt process to pass the law.

The lawsuit claims that the voting process involved lockouts that blocked lobbyists and the public from reaching their lawmakers. The bill barely cleared the Senate with a 33-29 vote.

The National Organization for Marriage, an anti-gay group, protested the marriages, but Rapier said the protestors were not very vocal and eventually just left.

“A lot of people have asked why get married in New York when it’s not recognized in Utah,” Rapier said. “I understand why you’d ask that. And nothing has really changed since the marriage. But somehow, everything has changed.”

The Commonwealth Room opening May 5 with Sepiatonic 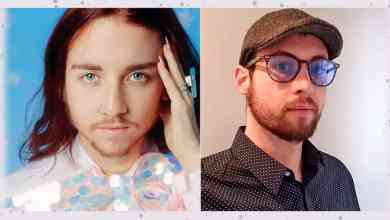